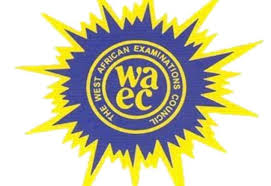 The West African Examinations Council (WAEC) has disclosed a timeline when it would release results for the 2020 West African Senior Secondary School Certificate Examination (WASSCE). Demianus Ojijeogu, the head of public affairs of WAEC Nigeria told Tribune Online in an interview that results for the just-concluded WASSCE would be released within 45 days after the exam has ended.

Candidates who sat for the 2020 WASSCE may have their results released soon. Photo credits: Getty Images Source: Getty Images The official said WAEC in recent years has ensured that the school-based examination is released within 45 days after the conclusion of the exam.

He disclosed that the examination body is working towards adhering to its standard practice of releasing the results with the 45-days time frame. “So, certainly, we will still work towards achieving this 45 days time lag target,” he stated. Legit.ng recalls that the WASSCE was postponed from April to September due to the coronavirus outbreak A total of 1,459,463 students reportedly sat the exam in Nigeria which ended on Saturday, September 12. Meanwhile, it appears that the prospect of any immediate plan to fully reopen schools nationwide is still in doubt as the federal government said it is not yet convinced that schools should be reopened for academic activities. The disclosure was made by Chukwuemeka Nwajiuba, the minister of state for education on Thursday, September 10, in Abuja at a meeting of the Presidential Task Force (PTF) COVID-19 held with the Northern Traditional Leaders Committee (NTLC) on National Primary Health.

According to The Nation newspaper, Nwajiuba said the federal government is not convinced that schools can manage themselves and reopen comfortably. In another report, in an effort to ensure a safe reopening of the schools amid the highly ravaging Covid-19 pandemic, 2,454 teachers have been trained on safety protocols in Oyo state. Schools resumption in Oyo has been slated for September 21, with efforts extensively intensified by the state government to flatten the curve when classes fully reopen. On Tuesday, September 8, Oyo State Universal Basic Education Board (SUBEB) stated that 2,454 heads of teachers across all educational zones in the state have been trained on reopening.