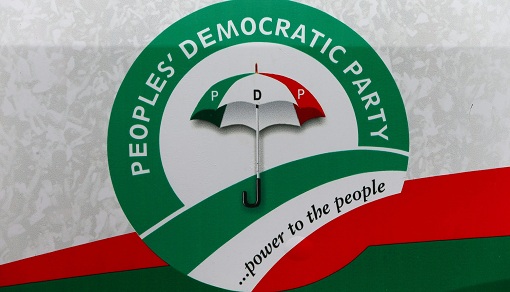 The National Reconciliation and Strategy Committee of the Peoples Democratic Party has recommended that any aspirant seeking to contest for elective positions on the platform of the party who is under the age of 35 years should be exempted from the payment of nomination fees.

The proposal was contained in a one-page letter dated March 25, 2021, signed by the Chairman of the committee and former Senate President, Dr. Abubakar Bukola Saraki, and addressed to the party’s National Chairman, Prince Uche Secondus.

The committee also advised the National Working Committee to immediately recommend to the National Executive Committee that the party constitution be amended to the effect that “only persons not less than 18 years old and not more than 35 years can contest for the position of Youth Leader at all levels of the party structure – wards, local government, state and national”.

The committee explained that the recommendation was a result of the meeting it held with the party’s National Youth Leader and other youth leaders across the 36 states of the nation on March 9, 2021 “in furtherance of its mandate to resolve disputes, reconcile aggrieved members and foster cohesion and unity within the party”.

The youths, the committee noted, presented some requests during the meeting and the demands were deliberated upon by the committee on March 22, 2021, following which the two-point recommendations contained in the letter were agreed upon.

The measure is believed to be aimed at easing the burden of participation in the political process on the youths and encourage them to purposefully and positively utilise the new constitutional provisions on the age requirements for political office holders, otherwise called the Not Too Young to Run Bill.