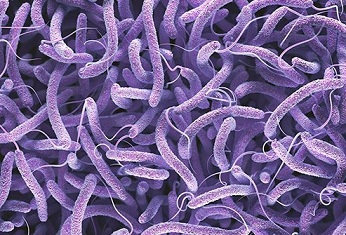 36 persons have been confirmed dead with over 368 others infected, following an outbreak of cholera in Benue State, LEADERSHIP Sunday learnt yesterday.

Most of the dead are children, our reporter gathered. The state’s commissioner for health and human services, Dr. Joseph Ngbea, had a few weeks ago raised alarm over the outbreak of cholera in Agatu and Guma local government areas of the state, where he said 14 persons died.

However, speaking exclusively to our correspondent in Makurdi, the state epidemiologist, Dr Terungwa Ngishe, said the total number of suspected cases in the state now stood at 364. According to Dr Ngishe, the death toll from the outbreak in the four local government areas now stand at 36, with five persons still on admission and critically ill.

“However, a lot of collaboration has been going on, the state government on its part has sent a lot of responses to Agatu, Gbajimba  Abinsi in Guma, Gwer-West and Màkurdi local government areas.

“We have also invited some partners from the World Health Organisation (WHO), National Center for Disease Control (NCDC), International Community of the Red Cross as well as Doctors Without Borders who are helping to control the situation in all the affected communities.

“In the course of these interventions, we have been able to get resources to sink boreholes in Abinsi and another one in Màkurdi. As you know, cholera is water borne disease that is transmitted through a circle of oral fluid. That is if an infected person goes to the toilet and passes the germs, it is capable of contaminating the whole environment to affect others.

“So, for you to cut off the transmission you must make sure that the water the community uses for drinking and domestic chores is safe without contaminants, that is why we need to provide water guard and other water disinfectants as well as alternative sources of water which is what we are actually advocating for.

“In the course of this, we have reached out to political stakeholders, we invited them to help the communities they are representing by supporting them with boreholes to make them have easy access to clean water. We are also engaging civil society organizations like Bengonet and other environmental agencies to see how we can address this issue in the affected communities.

“Among the issues we are addressing is to make sure that the communities are mobilised to a point where they can also spread information among themselves and  hold themselves accountable to the basic things they need to do to stop the spread of the disease which is tied around environment and sanitation.

“This is because if people are still practicing open defecation when there is a cholera outbreak, every person who has cholera and goes to  defecate openly will further  contaminate the environment by spreading the disease and putting people in the community at risk so that kind of habit must stop.

“Based on this, we have been able to get groups which are carrying out discussions with people to accept leadership so that this habit can be broken through attitude change so that we can contain the outbreak.”

Our correspondent who visited Abinsi in Guma local government reports that the disease has affected two settlements called Kabawa 1 and 2 predominantly occupied by Hausas. In Kabawa with a population of about 2,000, residents said they had no access to potable water, except water from a river which they use for domestic purposes.

Some houses in the locality were said to have no toilets, hence, they defecate close to the river where they also wash their clothes. Kabawa community leader, Alhaji Garuba Yakubu who spoke to our correspondent, described the cholera outbreak as a “deadly blow” to his people. He said, “The disease just started like a joke in our community and before you knew it, it had claimed 12 lives, mostly children and a few adults. We don’t have a good source of water, we only use of water from the River Benue,” he said.

“We don’t have any other source of water, the borehole they asked us to be fetching water from is not in our area, so our appeal is that the state government should come to our aid and drill at least three boreholes for our community,” he said.

Useni Saliu, a patient, said he noticed that he was having stomach pain. “It was Thursday evening around 7:00pm on the 7th of January 2021 that I noticed stomach pain, I was at home with my family. I thought it was a mere stomach pain and I remembered I didn’t take anything except pap (akamu) in the morning, so, I thought it was hunger but the pain continued uncontrollably as if I took poisonous food and before you knew what was happening, I started vomiting with frequent stooling. It was later, they rushed me to the Primary Health Care where I was admitted for two days before I recovered.”

Also narrating what his daughter of nine years  passed through, Yusuf Sani said little Zainab ate the same food with the whole house before she started complaining of stomach pain and then vomiting. Sanni said, “It was her mother that cooked the food we all ate that day, the little girl started complaining of stomach pain and shortly after, she started vomiting and we had to rush her to hospital for treatment and she spent two days there.”

While calling on the government and philanthropists to assist him to put his vehicle in order, Sani, a commercial driver, said he had spent all he had to treat his daughter. “I am a driver and my vehicle is with the mechanic,  I spent over N12,000 and now I don’t have work to do, so if the government or anyone can come to my aid to put the vehicle back to work, I would be very grateful,” he said.

Hafisat Yusuf, a 30-year-old housewife, said she suffered for almost a week before she could get medical attention. “Some of the symptoms like vomiting and stooling have gone but I still experience pain in my stomach,” she said.