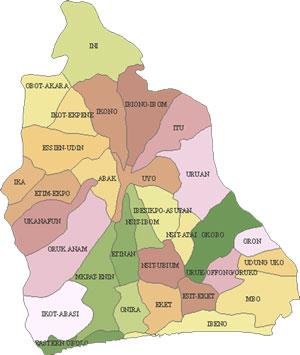 Akwa Ibom and the down-side of succession (1)

Achieving the vision of greatness for a people would be a beautiful desire of any great leader. But it could be a somewhat difficult task. A great leader gazes into the future, makes his projections, sets his targets and then begins to build his blocks. In the course of these, staying focused would be a necessary requirement to achieving set dreams. However, the other big challenge is the problem of succession. This issue has been a serious problem in Nigeria and has constituted a clog in the country’s wheel of progress. This is because some leaders are so myopic to understand the language of continuity.

Sometimes out of personal ego or political differences – most often it does not have to do with ideology but political party – leaders would abandon a state’s development plan and veer off the progress agenda. But the unfortunate situation is that it is not the governor, in the case of a state, or president, as in a country, that is affected by the unfortunate consequences but the whole destiny of a people. Take the case of Akwa Ibom State for instance. The state has had the fortune of good leadership and was blessed with a visionary governor in the person of Obong Victor Attah. From whichever divide you are looking at, you will agree that the foremost architect had laid a solid foundation for the state that only needed to be sustained by a function of continuity.

But this has been our albatross all the while . Attah himself recently lamented the truncation of his dream development agenda for the state. “If you look at the projects we started, there were some forms of interrelation between them. We wanted to do so successfully, so we needed power; we needed an airport, we needed electricity, so we built a power station to support the airport, especially the MRO, the ICT; and if people needed to come in here, they needed somewhere decent to stay and that was the reason the Le – Meridien hotel was built and then the science park for ICT development. “So, we had an integrated system of systematic development which was very badly disrupted for whatever reason immediately I left office “.

This retrogressive experience is perhaps why most leaders (governors inclusive) are serious about their succession plan. History has a way of reliving events. Sometimes history plays the judge, and most often it brings people and their actions into perspective. Whenever you find people walk themselves into the realm of history eventhough unwittingly, do not blame them, for history and man are inseparable. Obong Victor Attah had once said that “a person who jettison history incurs the wrath of history”. And this perhaps explains why history is kind to those who lend towards the good side of history.

The Four Point by Sheraton Hotel in Ikot Ekpene is one project that has incurred the wrath of history. The gigantic edifice, like many of the flagship projects of the Godswill Akpabio administration, has been mired by controversy. It has been a reference point in “good governance” by supporters of Akpabio and in good measure a symbol of “maladministration” by those in sympathy for the present administration under Udom Emmanuel, who inherited the project in 2015. The whole gamut of contention surrounding the hotel is to what extent was the hotel on May 29, 2015 when Udom Emmanuel took over? The project was initiated in 2013 and commissioned on May 26, 2015, two days before Akpabio’s departure.

Commentators who take sides have criticized the governor for not putting to use the Sheraton hotel merely for “political” reasons. Senator Akpabio himself had during the build up to the 2019 general election derided Udom Emmanuel for “abandoning” projects in his Ikot Ekpene senatorial district.  He would never support the governor’s second term ambition, as he said, if the “marginalization” was not addressed. Few days after, the Senator was to dump the Peoples Democratic Party (PDP) which Udom Emmanuel was the standard bearer for the All Progressives Congress (APC).

It doesn’t sound sensible to aver that a 100 percent built hotel could be abandoned at a time the state is grappling with expanding its revenue sources. Whose interest would that serve ?

It’s true that hundreds of millions of Naira of the state was taken out under this subhead, it doesn’t mean that the humongous sum justified the level of work done nor readied it for use. During the fallout of the matter which was seen more as a political message to Governor Emmanuel of the existence of “an alternative to him as gubernatorial candidate”  for 2019, Chief Assam Assam described the allegation as “a classical case of calling a dog a bad name to hang it”. Assam said: “I know Akpabio to say that if this project was important to his people as he claims, he could have done everything within his executive powers to complete it, and it is on record that this is the only uncompleted infrastructural works in the Senator’s district, taking into consideration the avalanche of multi-billion naira projects that the Senator, as governor contrived for his district”. Here, Assam, a Senior Advocate of Nigeria (SAN) alluded to the 25km Uyo – Ikot Ekpene  road, which was not completed but also commissioned as the Four Point by Sheraton hotel.

The state government has maintained that the “immediate past governor commissioned the Four Points by Sheraton Hotel, Ikot Ekpene without a signed franchise agreement and full complement of requisite furniture and fittings”. There has been yet no rebuttal to this assertion.  It also pointed out the absence of a special purpose vehicle (SPV) which manages the transaction on behalf of the state government. The SPV, Raffia City Hotels and Tours Limited it said, came into effect on June 11, 2015, “more than one month after Senator Akpabio had commissioned the hotel”.

The whole fantasy of commissioning projects which are yet to be completed is somewhat disturbing. First, it sends a very wrong signal to the people that they were either deceived on the state of the project or they may have been shortchanged somewhere or the other. This explains why Nooteboom urges that “Trust is pervasive and inevitable because future contingencies and motives are never completely known”. Regarding such “motives”, Assam, in 2018, said, “what is pertinent at this point is to go back memory lane, recalling those fantasy projects that Governor Akpabio would reel out at press conferences, birthday parties, wedding receptions, airport chance meetings etc. etc. as having been completed and commissioned by his administration and for which he was severally nominated for performance related awards. “The endless list always had these projects he now claims are yet to be completed. This hotel, Akpabio commissioned on the 26th of May, 2015 with so much fanfare, as ‘Four Points by Sheraton, an international hotel brand with beds et al was uncompleted? Could ‘Four Points by Sheraton lend its name to this monumental fraud without any consequence?”

This cycle of derailed vision has led to projects being either abandoned or uncompleted. Dismayed, Obong Attah said, “regrettably we are not where I had expected Akwa Ibom to be at this moment in history. I feel disappointed that the vision was disrupted, I say disrupted because my successor derailed from the vision”. Attah said, “when we took over in 1999, we came with a manifesto to make Akwa Ibom a model within the South -South region and even across Nigeria, we developed a master plan that was comprehensive and integrated”.

The state government has promised to complete the hotel and has set necessary machinery already in motion just as it has done with the Uyo – Ikot Ekpene road. Knowing that government is a continuum, supporters and foot soldiers should allow the government to concentrate on its task of building the state without unnecessary distraction.  The Four Point by Sheraton Hotel belongs to nobody in particular but to Akwa Ibom State. As he sets through his second term, Obong Attah believes that the Udom Emmanuel administration “will make the state fly again” . He said : “I know in the past he was limited by circumstances and now he is working to cover the lost grounds and make Akwa Ibom the hub of industrialization in Nigeria, especially with the Ibom Deep Seaport project”. The governor should only gear up with these words by a man simply known as Arthur: “Whether it’s the best of times or the worst of times, it’s the only time we’ve got”.