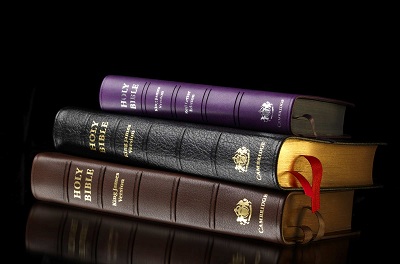 It is no news that the federal and state governments have placed a ban on social activities including religious gatherings of not more than 20 persons due to the adverse effect of community transmission of the dreaded Coronavirus also known as COVID-19.

Reports reaching Century Newsfront of alleged molestation, harassment and intimidation of family members worshipping in their houses or seen carrying Bible on the street particularly in Esit Urua in Eket local government area as we as Ikot Akpan Ishiet, Edem Idim Ishiet, Afaha Atai and Oniong villages. Others are Abat, Ikot Edo, and Ndon Eyo villages all in Onna local government area of Akwa Ibom state called for concern. After the ease of the total and partial lockdown on the 4th of May, 2020 by the Akwa Ibom state government, hoodlums have taken it upon themselves to disrupt hitherto peaceful areas regarding the government ban.

It could be recalled that the Akwa Ibom State government had ease restriction of movement within the state, with the directive to use hand sanitizer and adopt various COVID-19 preventive measures in any group meeting that is not above 20 people. One of the prominent Pentecostal preachers in Eket (name withheld by us) while narrating the story to Century Newsfront in his office and explained the locations of the incident as it affected his church in various locations called on the state and local governments to step up security and call to order people who would want to capitalize on the order of government to embarrass innocent people in their houses in the name of enforcing what they are not sent.

Some other respondents in Ndon Eyo narrated their ordeals to Century Newsfront said that a message was sent through the town crier on the total ban on religious activities by the village head in the person of Eteidung Udoetuk of Ndon Eyo that no one should go out on Sundays nor move about with bibles. They added that this directive gave these hoodlums the audacity to move to people’s houses to harass people.

In his reaction, the village head of Ndon Eyo, Eteidung Udoetuk said that such announcement to harass people never came from his palace, “there was never such an announcement made by me through the town criers, the only information I passed to the people was the directive given by the federal government to the state government, to the local government and this is a letter from the local government council to that effect”. Ete Idong Udoetuk also informed us that there has never been any complaint whatsoever of harassment brought to his knowledge.

Speaking to Century Newsfront, the Chairperson of the Christian Association of Nigeria (CAN) Onna local government Chapter, Pastor (Mrs.) Abigail Effanga who was flanked by her Secretary, Pastor Victor Deji said she has not received any official report rather she heard of the rumours about the issue at hand. She noted that she was aware of some churches also that were burgled recently by hoodlums. She, however, added that they will see on what to do in their capacity.

Effort to meet the Executive Chairmen of Onna and Eket local government areas, Mr. Imo Atat and Frank Archibong was not successful as they neither picked calls nor replied to text messages sent to their cell phones.

When contacted, the Police Public Relations Officer (PPRO), Akwa Ibom State Command, CSP N-Nudam K. Fredrick said, “if such an incident happened, they should report same to Police immediately. Police are not magicians to know things that happen everywhere, we act based on the information and if the people do not give information, at that point, the police can do little or nothing in that regard. This is why we encourage community policing”.

Previous: Public Worship Resumes on Sunday May 24
Next: COVID-19: Half of Facebook’s Staff to Work from Home by 2030 – Mark Zuckerberg 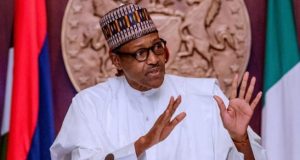