Flood at IBB and the Commendable Effort of AKSG, NEWMAP

Successive governments in Akwa Ibom State ranging from that of Arc (Obong) Victor Attah, Chief Godswill Akpabio and even some Military Administrations have tried to palliate on the raging flood at the IBB Way that links Abak and Aka roads in Uyo, the capital city of the state but to no lasting effect.

The administration of Udom Gabriel Emmanuel is bringing a lasting solution to the road thereby, giving road users ease of plying the road as well as giving residents of the area a fresh breadth. At the moment, the road, which hitherto was impassible, has been completely done by concreting the affected portion of the road instead of the popular asphalting, which according experts is commendable approach because of the terrain.

The effort and pressure mounted by the Akwa Ibom State Government as well as their counterpart seed, coupled with that of the federal government and the World Bank are to ensure the construction of surface and underground drainage structures for collection and final discharge of flood to the appropriate site.

The extent of the project shall include 7km surface/underground concrete drainage channel; 600m length of gabion/renomattress; 1km of grassed channel at the out fall; soft landscaping works for 40 hectares of land and 7km maintenance road.

The mega project, which shall be carried out under the coordination of the State Project Coordinator, Akwa Ibom State Project Management Unit (AKSPMU) and the Nigeria Erosion and Watershed Management Project (NEWMAP).

It is on this premise therefore that Century Newsfront gives kudos to the government of Mr. Udom Gabriel Emmanuel in this direction for taking the bull by the horn; the Federal Government of Nigeria and the World Bank in anticipation of the proposed project, which is billed up to commence now that the affected part of the road has been completed.

We therefore call for all parties to play their roles effectively to ensure that the project is brought to a logical conclusion and give the state a facelift as long as IBB Way flood area is concerned. 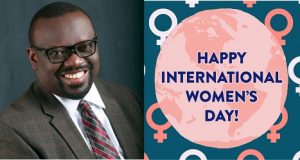 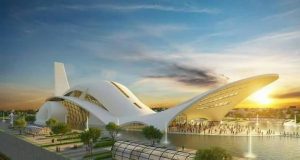 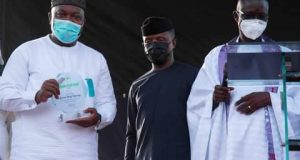