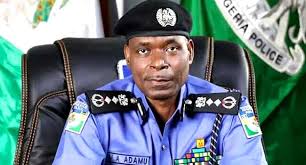 An alarm has been raised in Ibaka, Mbo local government area of Akwa Ibom State as an armed robber raped an 11 year old daughter of a poor widow in her mud-thatched house recently.

The robber who appeared to have been hired for the deal also went away with N6,400, money from the sales of garri the widow kept for returns to the owner. Mrs. Ikwo Ukoh who in her painful tears said she blamed God for letting such happen but also prayed for God to look into the havoc and reward the perpetrators of such wickedness to her daughter.

Century Newsfront gathered from her neighbours that she does not deserve such inhumane attack owing to the fact that she has nothing in that small, cracked wall mud-thatched hut that would attract armed robber to her. Besides, Eka Ubong, her close neighbour said the widow’s easy going lifestyle and contentment even in her penury has been her inspiration but the incidence is what she doubts being ordinary. She suggested that the act was sent by a known person.

Further disclosure of facts to Century Newsfront had it that Mrs. Ikwo, a mother of five have been struggling with life and death but death has always refused her at each dreadful sickness that come to empty her savings for that period and other of her older female children going through hell in the hands of mistresses they served as house girls. Though three of them now grown up but still struggle to help the mother in her condition, while the mother keeps the younger girl who happens to be the victim and the last born who is the only surviving male child for the widow. The short humble life story of this poor widow provoked neigbours to alert the police for further investigation on the matter to ensure the culprit is brought to book.

Meanwhile, the rape victim who is preparing to take her common entrance examination is undergoing serious treatment while neighbours and friends with the rest of the family members are praying for her quick recovery in order not to miss the exams which is just at the corner. Inhabitants of the area are calling on government to increase the level of security in the area as they complained of similar happenings in Ibaka and its surrounding, a popular community in Mbo local government area.