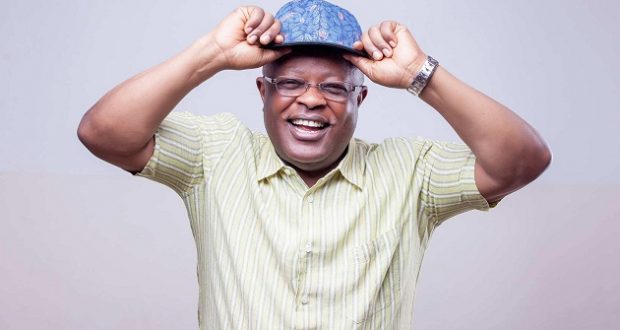 Governor Umahi As A Doyen In Engineering And Genius In Governance

When Governor David Nweze Umahi in 2015 made a brassbound pledge to bequeath to Ebonyi people a road network that will be as smooth as the mat if elected as Governor in the General elections, many political watchers especially unrepentant cynics doubted the feasibility of the feat and without much ado dismissed same as one of the sugar-coated white lies of politicians.

Little did they know that Governor Umahi was different in resolve and tact having been equipped under the unction of the Divine Mandate mission to bring Succour to Ebonyi people in all spheres of human existence.

No sooner, Governor Umahi took the mantle of leadership than he started matching words with action that Ebonyians today do not have cause to doubt the feasibility of any promise made by him. He hit the ground running with the introduction of road construction Technology by Rigid pavement which has led to the construction of over 600 kilometers of roads across the 13 Local Government Areas and the Abakaliki Capital City.

Roads constructed by this Technology have been adjudged to have the potency to last over 50 years by world-class Engineers of note. Apart from meeting his campaign promises of bequeathing roads that will be as smooth as the mat to the people, Governor Umahi has diversified road construction techniques thereby cutting costs and plowing the proceeds into the construction of more roads and other groundbreaking projects. It is therefore remarkable that across the country, it is only in Ebonyi State that roads are not constructed but built considering its sophisticated and formidable finishing.

The new road construction method which is the product of Governor Umahi’s Engineering prowess has continued to attract National admiration with the Federal Executive Council now disposed to adopting the Umahi template in the construction of all Federal roads across the Nation.

As a Jack of all trade and master of all, Governor Umahi did not stop at magnificent road construction but has fared even better in doing other landmark projects most of which have edifying finishing like the rigid pavement road technology.

The state-of-the-art College of Medicine Uburu is another hope of the Nation expected to finally nip in the bud Medical tourism by Nigerians when fully completed. The School has Centres for kidney transplants, cancer treatment, eye treatment and Centres for the treatment of some life-threatening ailments which hitherto took Nigerians to places like India and other Medically averse nations.

The Ebonyi International Airport is another gargantuan project of the Government of Engineer David Nweze Umahi waiting to take the world to the Salt of the nation on completion. The Ebonyi Shopping mall modeled after the Dubai mall is a microcosm of the macrocosm of the goodies to come to Ebonyi through trans border business enterprises.

The shopping mall which is already above 95,% completed has a wonderful touch of autochthonous sophistry found only within the superintendence of the enterprising and sumptuous Governor David Nweze Umahi. The supersonic speed with which works are ongoing at the sites for these edifices is simply wonderful and beyond human comprehension.

Amazed at these lofty accomplishments, some lovers of innovation across the country are already beckoning on the Governor to make himself available to stand election as President come 2023 to enable him to escalate his ingeniousness to the Centre. With Umahi on the saddle, Ebonyi State which hitherto was like the rejected stone has suddenly become the chief cornerstone that all and sundry look up to salvage Nigeria.

It is therefore safe to coin by way of conjecture the concept” Umahi rigid” as a way of referring to the method of road construction by rigid pavement and other solid infrastructure invented by Governor Umahi. This coinage will in time come to portray Ebonyi as a giant in engineering and development.

The feat, however, highlights Governor Umahi as the Lion of the State who like the biblical Jesus Christ is being looked up to for solution to challenges of National concern tapping from his Vast wealth of experience in Engineering, entrepreneurship and governance.

The takeaway, therefore, is that Governor Umahi is a religious promise keeper who does so selflessly not for political gains but so that he can leave enviable imprints in the sands of time.

At the end of time, Ebonyians will appreciate so heroically, the import and impact of Governor Umahi’s purposeful leadership in Ebonyi State and will then give him the saintly echelon suiting of a phenomenon of his vibrant pedigree.

If strangers could come asking that Ebonyi should loan their precious endowment in Governor Umahi to them, it, therefore, behooves on Ebonyians to hold tenaciously to their heritage and guard it jealously bearing in mind that Governor Umahi, like a piece of gold, is in high demand world over.