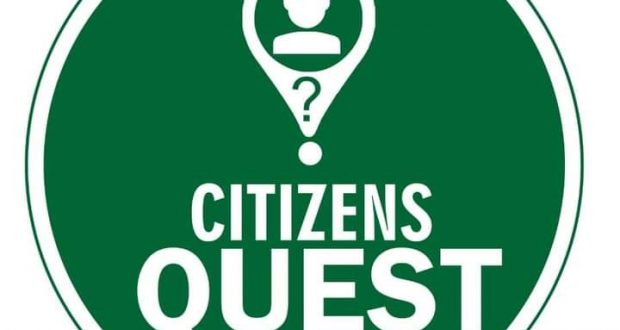 ….Says President Buhari has breathed Life into the Road 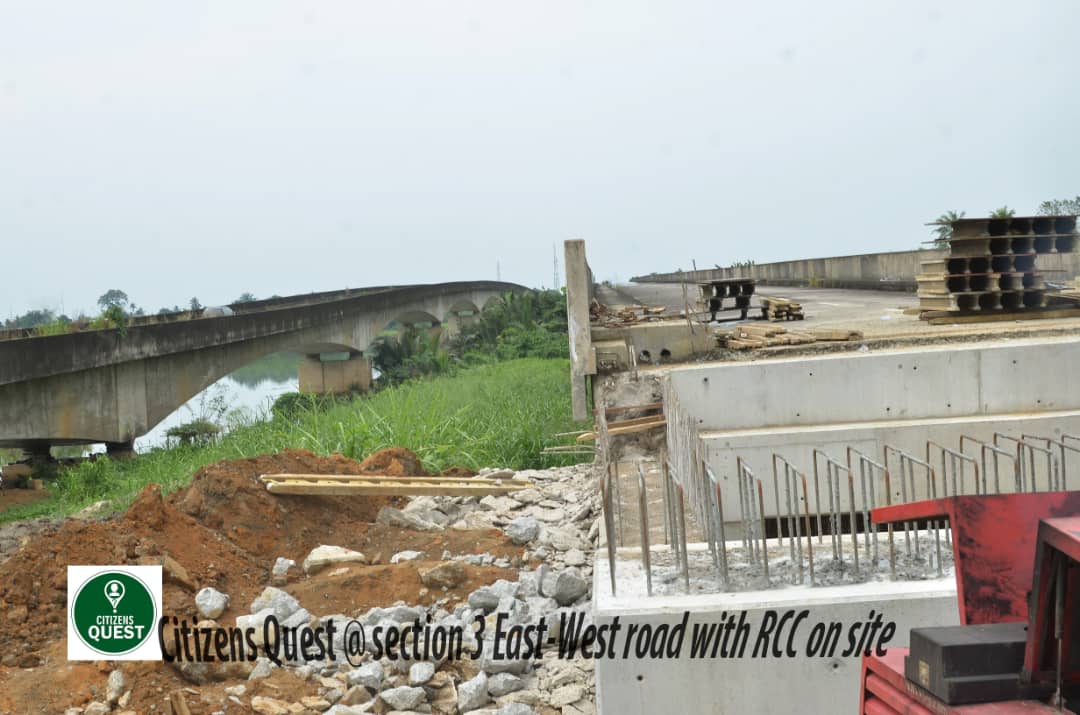 Citizens Quest for truth initiative, a non-governmental has expressed delight over the quality and pace of work at the East-West Road, adding that t President Mohammadu Buhari has Breathed Life into the Road

The above view was expressed by Chigozie Chimaraoke Okere, Citizens Quest’s Deputy National Publicity Secretary in a statement circulated to journalists. 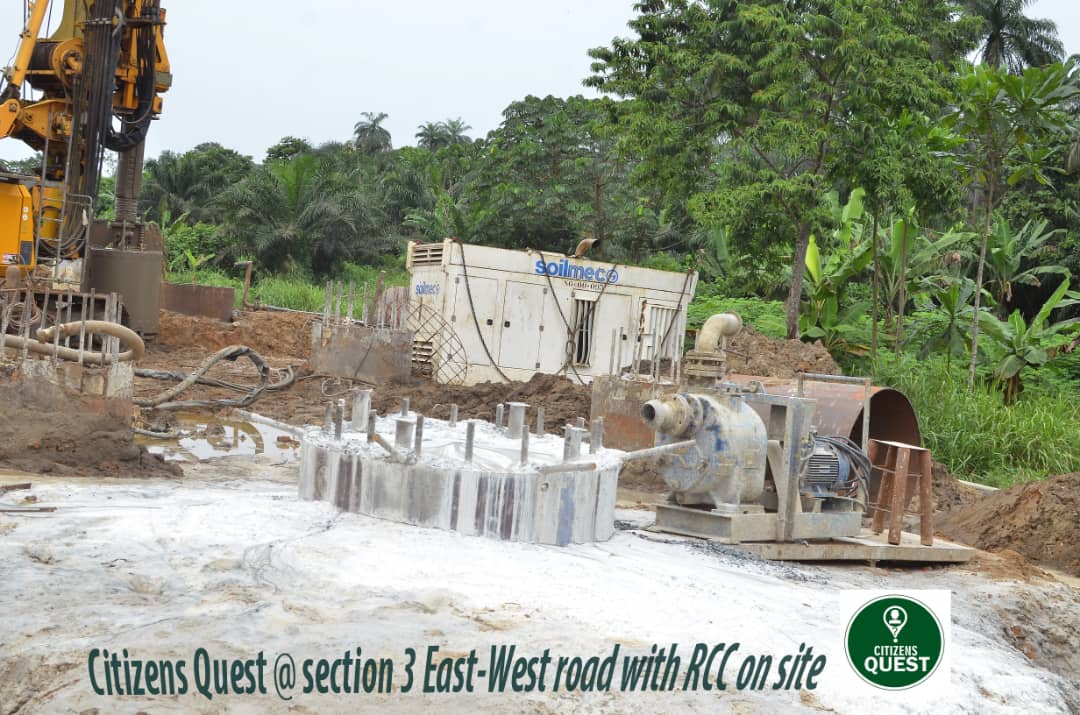 According to him, “The story of the deplorable state of the East-West Road has consistently left sour tastes in the mouth of Nigerians, especially, Niger deltans. This unfortunate situation outlived several administrations that had paid lip service to the completion of this all-important corridor into the wealth basket of the nation. Little wonder not a few Nigerians were elated when President Buhari undertook to bring to fruition the desire and expectations of the Niger deltans for the completion of the road.” 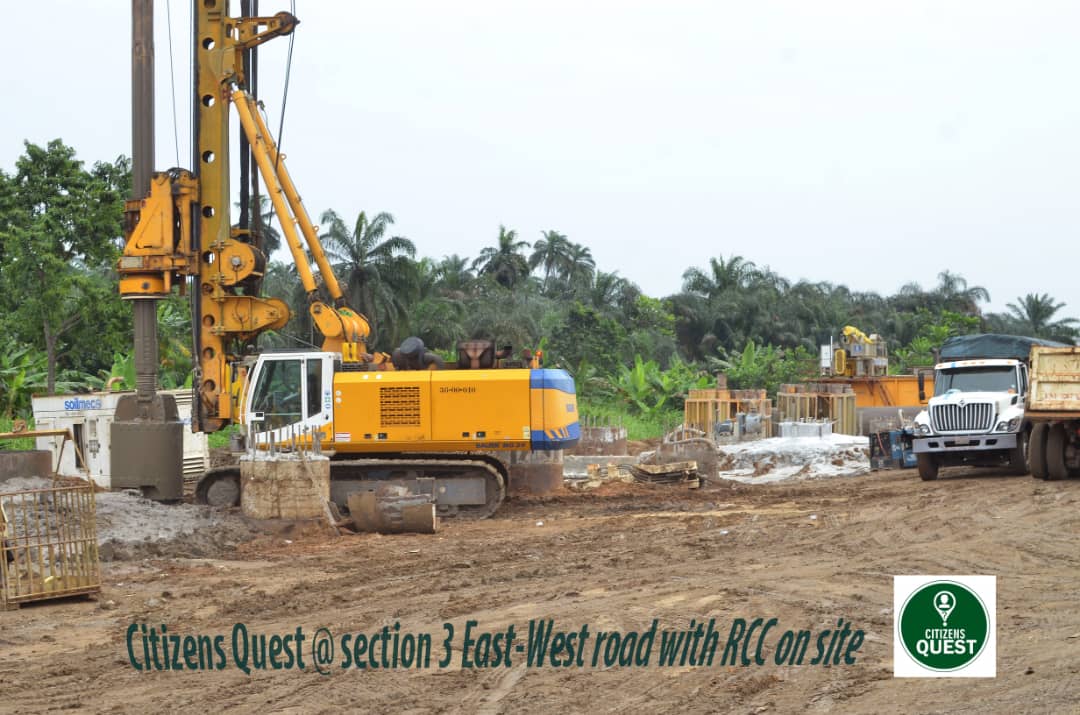 He recalled that in 2020, via a Press Statement, the Federal Government had ordered contractors on East-West road to return to the site after several exhaustive meetings with the former handlers of the road, the Presidential Infrastructural Development Fund, PIDF and the Contractors, Reynolds Construction Company and SETRACO Nig Ltd.

Chigozie further recalled that there had been a stalemate on the road works since 2016 which resulted to a presidential order, moving the project from the Ministry of Niger Delta Affairs to the PIDF.

The statement reads further: “Not much could be achieved as Contractors were owed historical debts. Upon his appointment as Minister, the former Akwa Ibom Governor whose passion for development earned him the title, “The Uncommon Transformer” hit the ground running and in less than one year, he was able to get the Presidential nod to take back the project to the Ministry of Niger Delta Affairs, and with a refund of the sum of N19. 7bn, being money released by the Ministry of Finance to PIDF in 2018, for the payment of Contractors on the road.

“In our quest therefore to ascertain the claim by the contractors to have returned to site, the Citizens Quest for Truth Initiatives, (an Advocacy group concerned about the citizens and how the decisions, policies and laws of the governments affect the ordinary Nigerian), on Tuesday, January, 19, undertook  on-the-spot assessment of the project sites.

“At the border between Rivers State and Akwa Ibom State, where Reynolds Construction Company (RCC) is handling a massive section of the East-West road construction, the team was impressed with the quality and pace of work as heavy machines were also seen facilitating the entire process at the site.

“Interestingly, the bridge linking Rivers State and Akwa Ibom State is beginning to wear a new look as the base for the extensions has been made visible, the working  materials were also on ground too.

“The team also visited the Chainage 2 of the East-West road construction around Rumuodara axis in Rivers State.  The team discovered that SETRACO was handling that area of the road and it will cut across the Eliozu axis to Rumuokoro, down to the popular Nkpolu Junction, all the way to Emohua LGA and Ahaoda axis in Rivers State.

“When the CQ team spoke with some of the Engineers on site about the new deep drainage being constructed along the Rumuodara axis of the road, they said the essence is to curtail the flooding that has contributed in the failing of the Rumuodara sections of the East-West road. Heavy excavation machines and workers were also seen on site doing their work diligently.

“Recall that Chainage 1 and 2 of the road that is at Mkpolu and Rumudara junctions the road had been cut off due to excessive flooding occasioned by indiscrimate construction works by independent developers, on the drainage of the road.

“At the Emohua axis of the road, SETRACO is not relenting in the company’s promise to complete its section of the project before the end of 2021. The Citizens Quest members confirmed the asphalting of the Emohua LGA axis down to Elele Alimini community.

“Earlier last year, the Hon. Minister of Niger Delta Affairs, Senator Godswill Akpabio had described the East West road as very dear to the people of the Niger Delta and Nigeria as a whole.  So to make sure that the presidential directive was implemented, he is working closely with the construction companies to avert further agitation of the people of Niger Delta towards the road and to ensure the completion is speedily done. Our next stop will be at the Mkpolu, Runuigbo Junction and the Ahoada axis of the road to ascertain the level of work ongoing there. So far, our group is impressed with the quality and pace of work”.

“While we commend the Federal Government for responding to the demands of the Citizens, we also wish to expressly request that funding is readily made available to ensure that there are no longer future impediments until the road in completed at the timeline set by the President during last year’s Democracy Day celebration. It is also our expectation that the Minister of Niger Delta Affairs is given the support needed to FastTrack development in the region through the Ministry of Niger Delta Affairs. We sincerely commend him for the singular resolve to redesign and expand the road to six lanes from the Eleme Junction to the Akpajo bridge and beyond in order to contain the present realities of traffic congestion occasioned by Road users particularly to and fro the Eleme Petrochemicals, Indorama, Onne Seaport and NNPC Refinery, amongst others.”