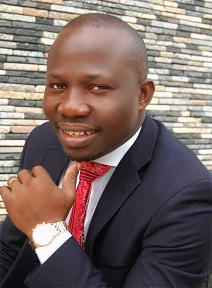 Some people were born great, some achieve greatness, while others have greatness bestowed on them: KufreAbasi Edidem is one of a few who fits into all of these. He was born great into the great family of Edidem (King) in Atai Ibiaku Itam; He, from a very tender age achieved greatness, is about to make history as he strolls into the hallowed chambers of State House of Assembly where greatness will be bestowed on him.

Kufreabasi worked at the Social Democratic Party (SDP) secretariat in Itu as an administrative staff at a tender age of 16. As a Youth Corps member, he served the nation at both Collage of Immaculate Conception (CIC) and Enugu State University of Technology (ESUT). He was employed as teacher at Itam Secondary School, Itam. He later worked as a Logistics Manager at AKJIM Global Limited before establishing his own Logistics Firm: Clockwise Global Concept Limit. In 2007 Kufreabasi was appointed The Transition Chairman of Itu Local Government Council where he served till 2008.

Kufreabasi did not venture into politics by accident; he has built and sustained a career which started earlier as a University Student. He was the Provost of National Association of Akwa Ibom State Student (NAAKISS) UNICAL Chapter in his first year in school; in his third year he was elected a senator representing National Association of Nigerian Student (NANS); this he combined with the secretary general position of NAAKISS Worldwide. Kufreabasi was a Chapter Chairman of All Nigerian People Party (ANPP) in Itu, he relinquished this position and decamped to a more broad based party. The Peoples Democratic Party (PDP). In this new platform his light had shown for all to see as he was appointed a Transition Chairman and later a board member of Ethical and Attitudinal Re-orientation Commission (EARCOM) in 2012. He resigned from the board in 2014 and presented himself as an aspirant to the Akwa Ibom State of Assembly.

As the Transition Chairman Itu, Edidem left some indelible marks on the sand of time. He met three months leave grant arrears and cleared it with one year of his tenure. He inherited a debt profile of N1.5m and left a balance of N3m in treasury for the incoming government. He met three months of salary arrears and cleared two months. He bought an official vehicle for the Paramount Ruler. The Sport Pavilion at the council was built during his regime. Edidem did water projects at Ikot Enoi and Ema Itam; he provided electricity for Ikot Uso Akpan and Atai Ibiaku Itam, he also constructed Edidem Ikot Idem Road through counterpart funding from the World Bank. He bought a Grader and an Ambulance for the council.

In health sector he collaborated with the University of Calabar Teaching Hospital to provide free eye test to 500 indigence of Itu, 40 people were provided with free eye glasses, 40 people went for free eye operation. His government attracted the attention of the Federal Ministry of Health to complete an abandoned Health Centre at Ntak Inyang Itam which is still functioning today. It on record that Kufreabasi Edidem is the first Council Chairman to visit Ikot Otu one of the villages of Mbiabo Clan which is 45 minutes by speed boat from the bridge head, sometime spectacular happened on the day he visited the village; a pregnant woman died and was being buried as he stepped his feet on the village she died at labour as they could not assess a speed boat to ferry her for medical attention. He built a Health Centre for the village and attracted the attention of the then Deputy Governor, Patrick Ekpotu who built the only road linking the area beside the Calabar Itu Bridge.

Kufreabasi Edidem was a war time Chairman, Ikot Ayan Itam and Ikot Udo in Uruan were engaged in a serious war of attrition he was able to settle the squabble in collaboration with the State House of Assembly. The war between Oku Iboku and Ikot Offiong was still on and he, with the help of expert security management and good relationship with security chiefs in the area was able to contain it with less casualties.

Kufreabasi Edidem is aspiring to represent the good people of Itu in the Akwa Ibom State House of Assembly, he is putting himself forward knowing the burden he is about to bear when elected. He is going to fill a void of 4 years of misrepresentation, years filled with squabbles which resulted in the council area not having any form of government for about one year. He is going there to fill the void before embarking on his own representation. The experiences he garnered through his previous political assignment is what he hangs on as he prepares himself for an enormous task.