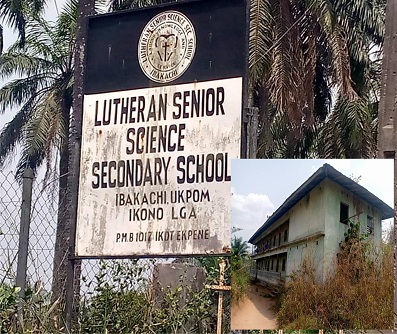 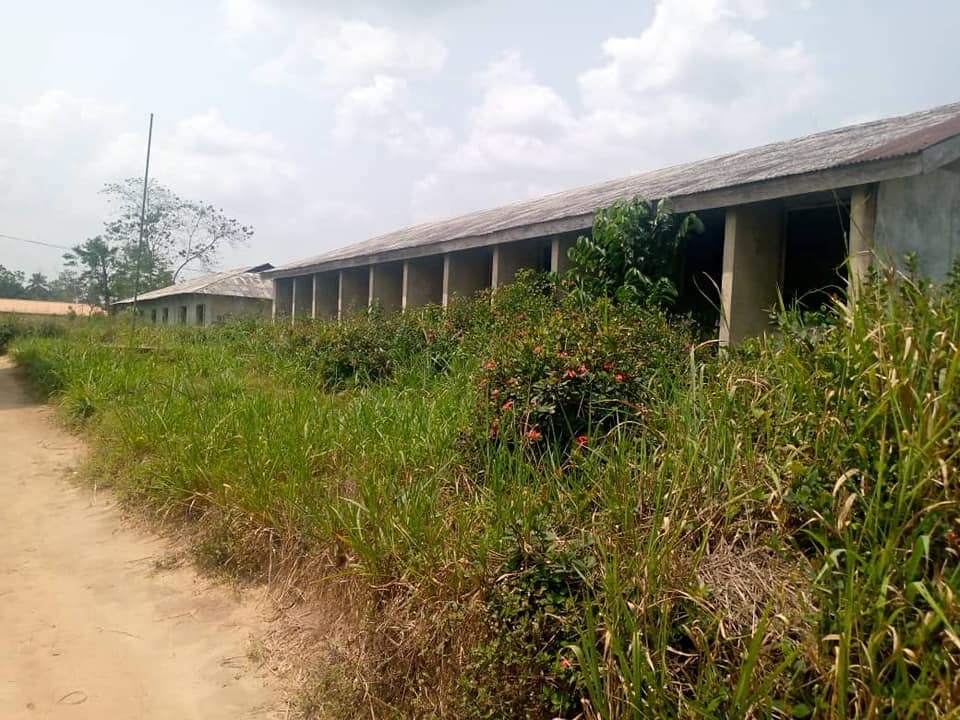 The Lutheran Senior Science Secondary School, Ibakachi, Ukpom in Ikono Local Government Area of Akwa Ibom State is one of the Senior Science Secondary Schools owned and run by the State Government through her Ministry of Education and its agencies. The school was established in 1954 by the Lutheran Church of Nigeria as a Teacher’s Training College ( TTC), to help train manpower for the growing educational needs of the society then.

Everything to make the institution and the environment conducive enough for teaching and learning was provided by the school’s ancestors and the large land which the institution sits was well planned to make it aesthetically befitting the serenity of the Ibakachi which is accessible through Ukpom-Ibakachi-Ikot Nseyen road.

The school was a beauty to behold and students, teachers and non-teaching personnel lived there in comfort. Thus, classrooms, hostels, staff quarters, laboratories, library and administrative blocks and dining Hall were well planned and located. Teaching, learning and discipline were the principles with which the school’s brilliance, vibrancy, popularity, excellence and fame were built on. 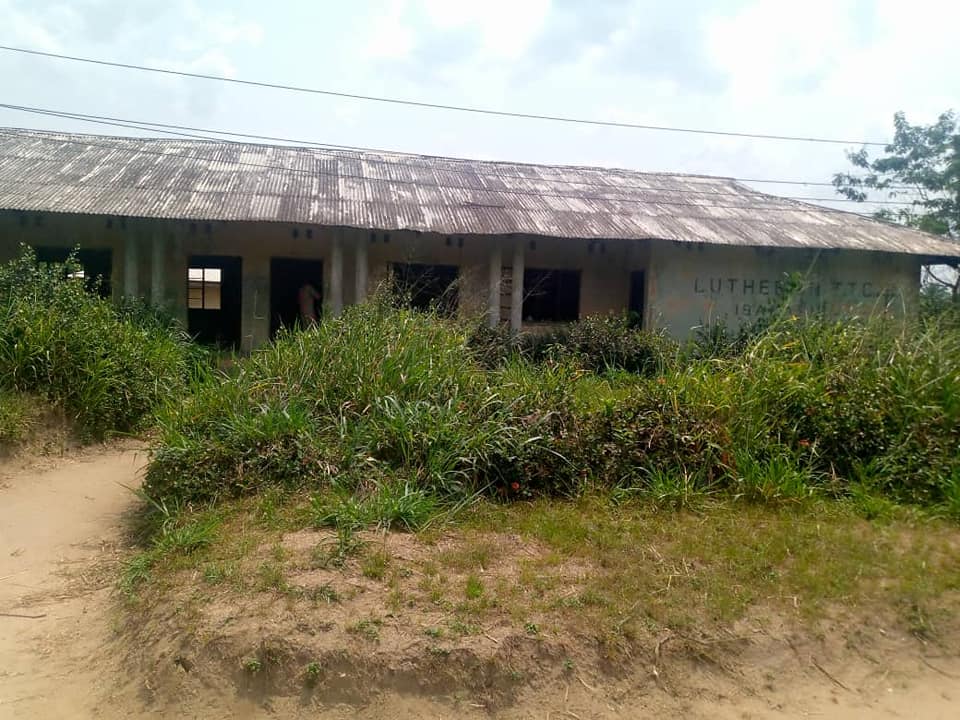 The phasing out of Teacher’s Training Colleges, the subsequent take over of the facilities by the Akwa Ibom State government and their designation as Senior Science Secondary Schools brought to the fore government’s interest and intention to train the young ones in the sciences in order for the society to meet the world’s ever-growing technology.

Before now and with a near adequate attention, the vibrancy, discipline and excellence transferred from the TTC led to the school producing professionals in medicine, engineering, agriculture, banking, architecture and many other fields of human endeavour thus contributing to the development of the society. However; Lutheran Senior Science Secondary School, Ibakachi, is a ghost of its former self and a mockery of a centre specifically designated for the teaching and learning of science subjects in the state. 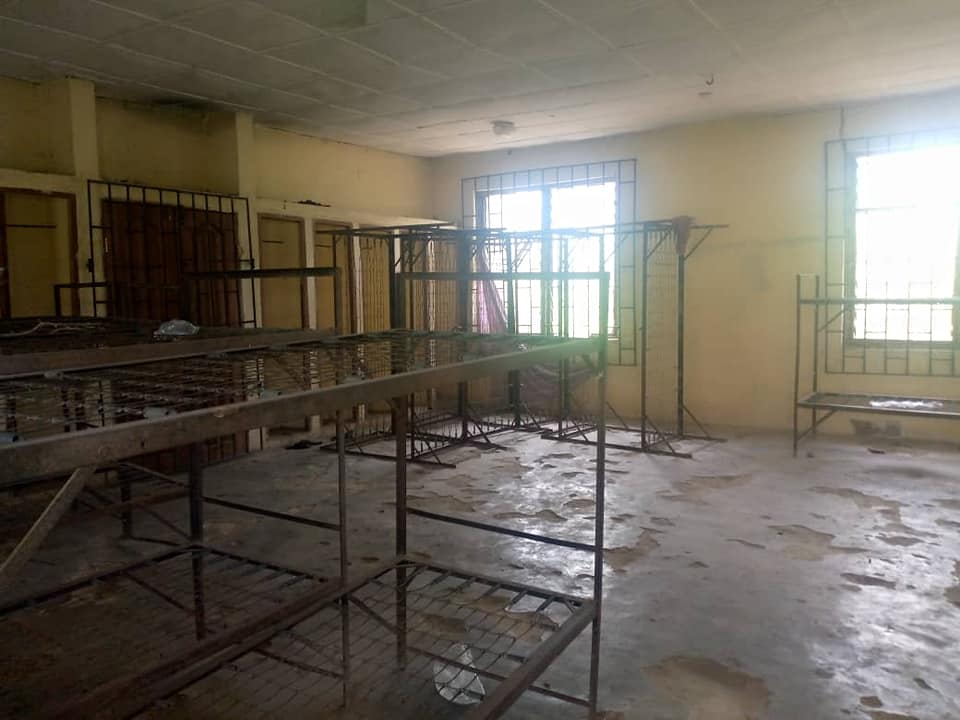 Some schools of thought believe that the school is officially and deliberately neglected by the authorities to create a record of being the first state in the federation with an ‘Education Heritage site’ good enough for inclusion in the next edition of Encyclopaedia Britannica.

The belief stems from the fact that, for a state that boasts of executing thousands of projects, the supply of teaching and learning aids as well as create conducive conditions for teaching and learning in primary, post-primary and tertiary institutions across the state using the Inter-ministerial programme to have school in the nature of Lutheran Senior Science Secondary School is nothing but ridiculous. 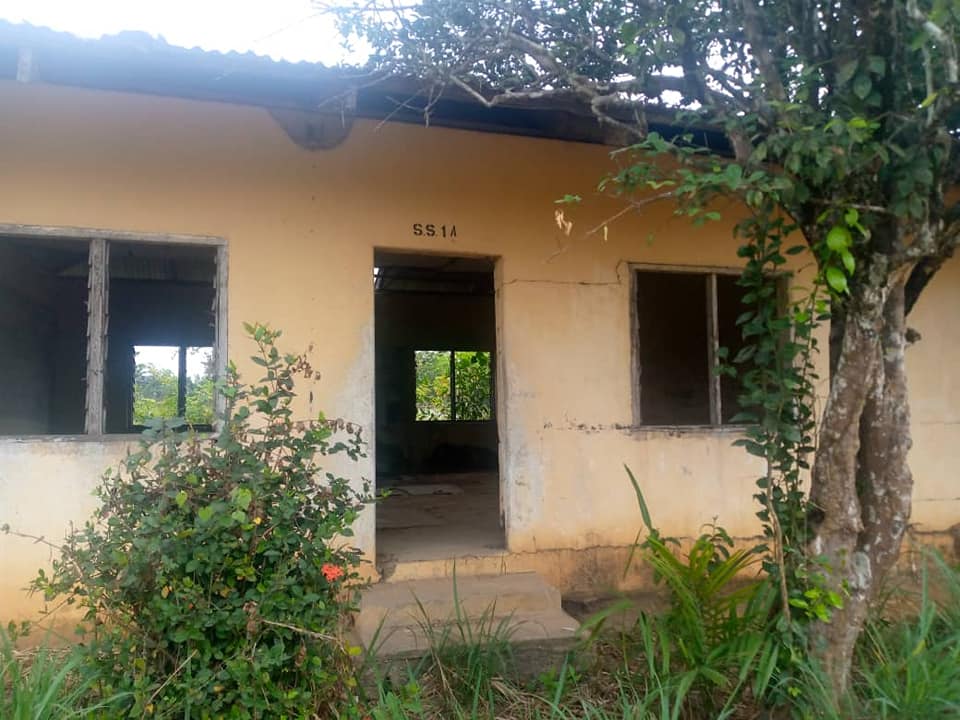 The school of thought however believe also that, those saddled with the responsibilities of running these all-important institutions of the government were, and, are selfish and self-centered or timid (if l may use the word) and therefore afraid in presenting correct and accurate situations on serious facilities such as this to the government. For example, the girl’s hostel in the school is not only dilapidated but is not there. What was known as the girl’s hostel, is in the bush without a roof and with overgrown trees and weeds. The few girls in that school are now competing for bed space with the female staff in an Abrahamic mansion with a crack wall and broken floor.

Above all, the building has no toilet facilities and the students and other occupants are forced to openly defecate in the surrounding bush. There’s no security of any form, no water. The borehole provided by the school’s Alumni Association is moribund thereby forcing the students to rely on the nearby stream for their water needs. Added to these is the fact that the porous security situation could expose the girls to abuse by miscreants. 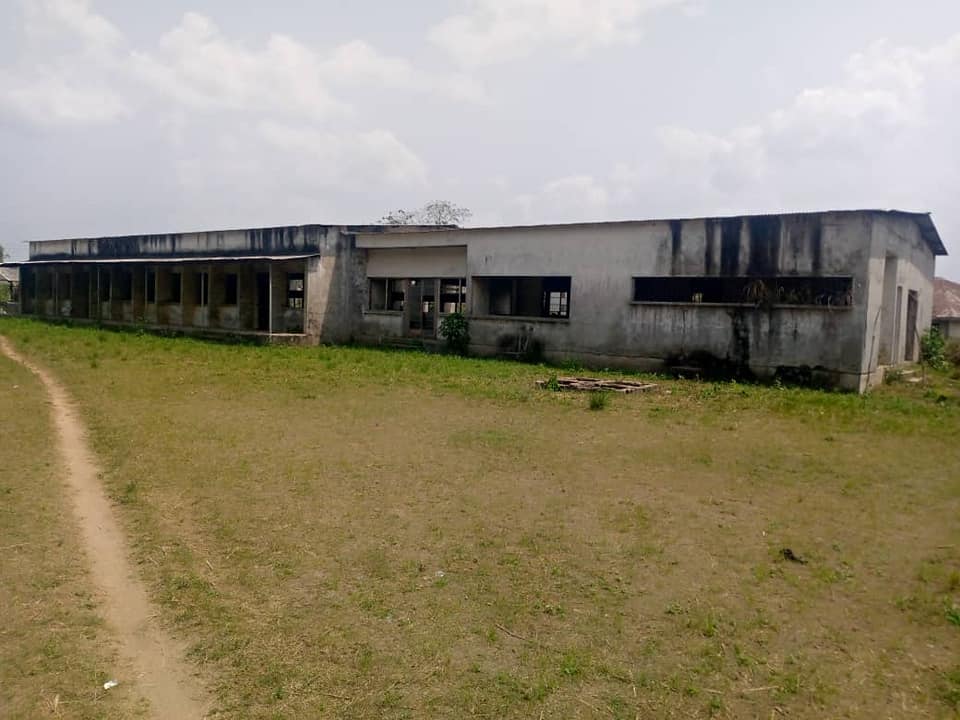 The boy’s hostel said to have been renovated by ExxonMobil some years ago in response to an appeal by the school’s Alumni Association, is one horrible site. The windows and doors are beginning to give way while the convince fittings are falling. The few Vono Beds are rusty while the surrounding is something else. That’s not all. In fact, the idea of a boarding facility in that school is comical and something for the birds.

The physics, biology and chemistry laboratory blocks are perfect reminders of my village blacksmith and bicycle repairer’ shops and the refectory, staff quarters and kitchen are semblances of warehouses of the defunct Cross River State Palm Produce Marketing Board then. The Principal’s and the administrative block is not spared by that neglect.

The school from information has about 130 students spread across SS1, SS11and SS111classes, who received their lessons in dilapidated classrooms where windows and doors are not there. There are eighteen teachers and four of them teach mathematics, three none teaching staff including a day security man. Added to these, the walls in some t classrooms are cracked, the ceilings are falling apart added to inadequate desks for the students to sit on. The only new thing in the school is its signpost. 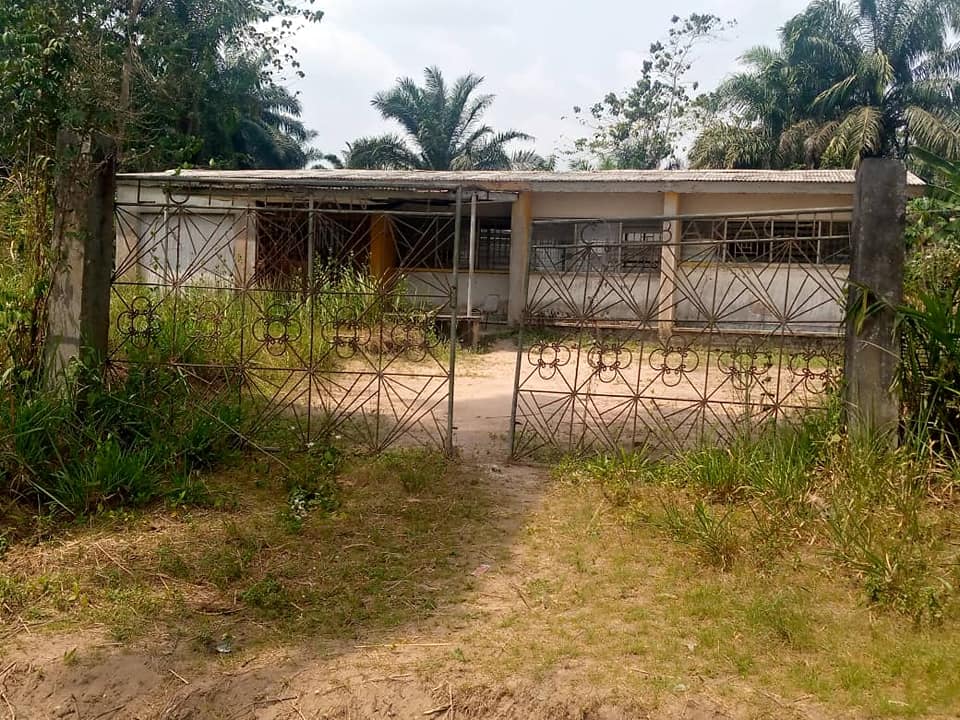 This neglect of Lutheran Senior Science Secondary School, Ibakachi and indeed such other schools is a contravention of the UNESCO’S Convention Against Discrimination in Education (CADE, 1960) which is the first instrument in the field of right to education and which defines education in its Article 1(2) as “as all types and levels of education, including access to education the standard and quality of education and the conditions under which it is given” , and, many other Regional Rights and Statutes which Nigeria is a signatory and to which the Akwa Ibom State’s education policies and programmes find expression. 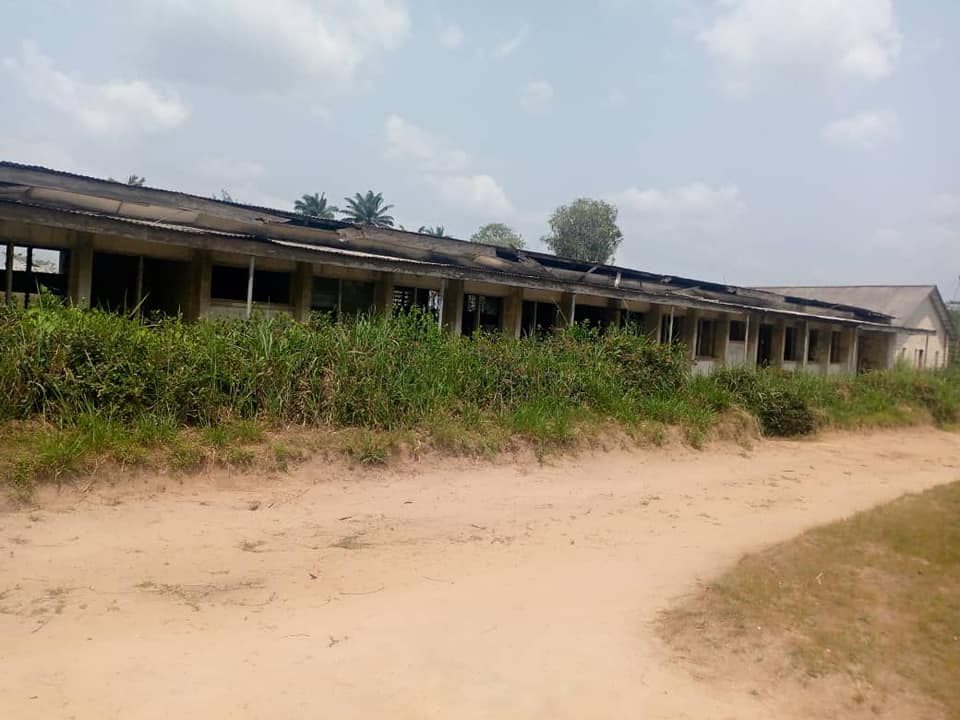