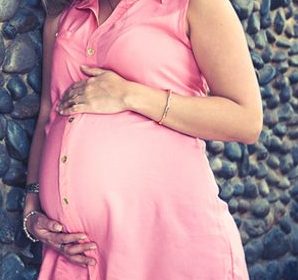 Menace of having children out of Wedlock

Many homes have been plagued with numerous setbacks owing to having children “out of wedlock” especially in Nigeria. The word, “wedlock” connotes marriage but in this context, it is often phrased as “out of wedlock”, the word comes from the middle English, wedlock and old English wedlac, which both mean a pledge of an offering (wed means pledge and lac means gift, offering). It is a term used in describing children born to unmarried parents. Derogatory unconventional names given to such children include, bastard, ex-nuptial child, illegitimate child etc.

By extension, wedlock (marriage) before reproduction was and is still the morally and spiritually acceptable practice today. But the “out of wedlock” issue is almost dominating the air. By religious standards, the act is considered a immoral. However, in popular culture, it does not have the same social stigma that it once had.

Be it as it may, the effect of this on the society and the nation must be avoided. To both men and women, this trend cuts across all genders, but more worrisome and disturbing is on the women side. A woman with kid/kids before marriage to different men is always on the disadvantaged side of the divide. Suspicion and hatred from in-laws are always the major issue. Tussle with husband for suspicion of nuptial contact with the “ex” plays out more often. Abuses and rude names calling to the woman by in-laws in cases of delay in child bearing, accusation of siphoning the family earnings to feed ‘bastards’ plays out. These and many more are what women with children “out of wedlock” face daily.

On a general note, both men and women lose their trust in each other due to external forces in the marriage. There is often no room for proper training of wards to the full thirst of the family due to separation of kids from one of the parents and vis-a-vis. In a similar trend, morality is often times affected by this horror as cases of incest are of very high rate in our communities. In the area of religion, specifically Christianity, this epidemic has caused lot controversies and it’s on the rigging tide to dilute the facts about holy matrimony as contained in the Holy Bible. What about the economy of the nation, over population is one of the riddance of “out of wedlock”. This is directly dwindling the economy of the nation.

These and many more are engineered by “out of wedlock” rising of children and the question now is, what steps can be taken to ameliorate this situation? First, homes and families should be the school and hospital of educating and curing adolescent from sexual disorders while in school or while preparing for marriage. Second, churches should not relent in stressing the message of Christ on Holy Matrimony and the grave consequences of sexual immorality. The message should not be for adults alone but also for children and youth. Third, the government are to partner with schools, Non Governmental Organisations and civil societies through the mass media to create awareness on the negative impacts associated with extra marital or out of wedlock affairs. Individuals must ensure self-control, restrain and constant discipline towards sexual desires in order to conquer this venom in our world today.