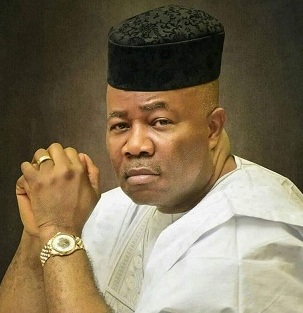 The attention of the Honourable Minister of Niger Delta Affairs, Senator Godswill Akpabio has been drawn to a poorly scripted tissue of lies alleging that Senator Akpabio “paid a whooping (sic)” N100 million to officials of the Code of Conduct Bureau (CCB) to stop the probe of the Interim Administrator of the Niger Delta Development Commission (NDDC) Mr Effiong Akwa.

This is nothing but one in the series of sponsored campaign of calumny against Senator Akpabio which some unscrupulous websites have been recruited to launch against the Minister. The story is fictitious and false in its entirety. We challenge the authors of this wildly unreasonable news story to substantiate it with facts or be consigned to the dustbin of junk journalism where it belongs.

The Interim Administrator of the NDDC, Mr Effiong Akwa to the best of our knowledge, has not breached the code of conduct for public officers as he had duly filed his assets declaration forms with the Code of Conduct Bureau. The claim of bribery of unnamed CCB officials is the figment of the imagination of the hack writers. This is meant to distract Mr Akwa who has been widely held by critical stakeholders of the Niger Delta as having started well in repositioning the interventionist agency and creating a conducive atmosphere for the conclusion of the forensic audit as ordered by President Muhammadu Buhari.

We are aware that since President Buhari ordered the forensic audit of the NDDC from 2001 till date, many vested interests including politicians and contractors and those who have had their hands soiled in the NDDC cookie jar have vowed to truncate the audit exercise and impugn the integrity of Senator Akpabio, the Supervising Minister.

These people who have over the years looted the commonwealth of the Niger Delta people and kept the region in its present state of underdevelopment have found in Senator Akpabio an object of attack through concocted stories published by rogue websites, for carrying out this Presidential mandate.

The desperation of the sponsors of this fake news aimed at casting Senator Akpabio and Mr Akwa in bad light to distract them and derail the forensic audit exercise makes it imperative that the exercise must go on no matter the blackmail of the person of Senator Akpabio.

In the light of this blatant falsehood, misinformation and malicious propaganda published against Senator Akpabio, we wish to state that no amount of sponsored cooked up stories meant to tarnish the image of the Minister of Niger Delta Affairs will deter him from doing the right thing to the disappointment of those who had already banked on the funds from NDDC to bankroll their inordinate political ambitions.