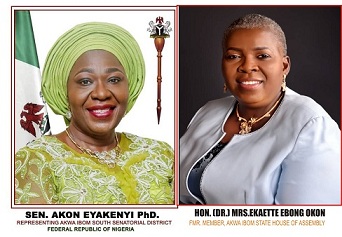 …Stages Protest in the 774 LGAs in Nigeria

…Vows to nib rape on the bud

A Non-Governmental Organisation (NGO) in Nigeria has taken upon it to stamp out and or reduce rape cases to the barest minimum in Nigeria described the number of reported cased as alarming and threatening.

The Executive Director of Completecare and Empowerment Initiative, Mrs. Mfonobong Ekpe made this known in Uyo, the Akwa Ibom State capital while exchanging views with newsmen in her office recently. Mrs. Ekpe who expressed her annoyance over incessant media reports on rape said that if not checked, female children would be raped on the broad daylight and every corner of the street, “the issue of rape is endemic in India presently and if we do not wake up now, our children are not safe. Just take a look of the incessant media reports on rape, it is alarming. I am a mother, I cannot be happy if any of my daughters coming home either from school or anywhere crying and telling me that she has been raped, as a mother, I know the psychological trauma rape victims go through, we have to do something in that direction to curb it to the barest minimum if not total eradication”.

Speaking further on the media reports she added, “I know the role media play in this country and I believe in totality the report, they cannot fabricate such report, they happened before the media carried out. What about the public outcry of the Inspector-General of Police, IGP Muhammed A. Adamu about two weeks ago when he announced that about 717 rape cases have been recorded in the country and between then and now, so many other reports have been made public, if we keep quiet, rape matter will become tsunamic in this country”.

Answering questions on the proposed nation-wide protest by Completecare and Empowerment Initiative, Mrs. Ekpe maintained that the relevant government agencies have been notified and that it is a no-going-back project, “our research team had to carry out findings across the country, we discovered that apart from one or two states that this matter of rape is not serious, all other states, it is becoming a menace, that is why we are staging this protest and will be followed up to the national assembly to make a law for a more stiffer penalty to the offenders. Of course, as I am talking now, our legal team members are putting papers together in that direction”.

Speaking in a telephone interview, a Senator representing Akwa Ibom South (Eket) Senatorial District in the National Assembly, Senator (Dr.) Akon Eyakenyi said that the issue of rape is a concern to every Nigerian and that all should rise in total condemnation of such dastardly act, “how a man can rape a-3-month old baby? This is condemnable; the entire nation should rise against it. As legislatures, all the men and women legislators in both lower and the upper Chambers of the National Assembly have kicked against it in several fora. As I speak now, there is a bill for a stiffer penalty for culprits, it is because of the lockdown, as soon as this is over, we will give an accelerated hearing to ensure that the bill is passed. Personally, I am advocating life imprisonment or death sentence for the culprit so as to serve as a deterrent to others”. The Senator, herself, a former Minister of the Federal Republic, called on every Nigerian to rise against the ugly development, “I call on every Nigerian at home and in the Diaspora to rise against this evil act. I am particularly happy that the wife of the governor of Akwa Ibom State, Dr. Martha Udom is actively working on this matter, she has led women in the state on a street march against rape, I could have personally been there, but not for the lockdown and I am here in Abuja, I cannot travel”. She called on security operatives to be more vigilant, proactive and serious in handling the matter whenever it is reported to them.

In her reaction, a former member of the Akwa Ibom State House of Assembly, Hon. Dr. Mrs. Ekaette Ebong Okon noted, “the issue of rape in Nigeria has become a pandemic, spreading like wildfire all over our country. Our young girls, ladies and women are being raped on a daily basis.  They are no more secured even within the very homes that they are born into and raised not to talk of workplaces or the immediate environment. Rape knows no age, status, Creed or Sex. The issue became worse during the lockdown as fathers, brothers, uncles became more involved in rapping the young girls and ladies living within their houses. This has even extended to our boys being raped in the name of homosexuality. Fathers committing incest even brothers impregnating their siblings. Terrible issues that I can classify as Abomination”. Dr. Okon, the leader of Uyo Senatorial women in Akwa Ibom State called on President Buhari to rise to the challenge and act fast, “to this end, all right-thinking Women in collaboration with our Men are rising against this Pandemic and call for a STOP TO RAPE even as we demand the Federal Government under the leadership of Mr. Muhammadu Buhari to pronounce through the judiciary stiffer punishments beyond what the Rapists suffer now. Capital punishment as a Death Sentence will deter others from rape. Rape leaves the victim in a complete traumatic, psychological, mental depressive State and these lives with a Victim forever. Some victims are affected with various venereal diseases, HIV/AIDS and unwanted Pregnancies. Some die or drop out of schools. This alarming situation must stop and our young ones need to be loved, treasured and protected”.

In a press release signed by the Director, Administration and Human Resources of Completecare and Empowerment Initiative, Miss Inemesit Amos and made available to Newsmen, the Organisation is recruiting local government and state Coordinators for systematic monitoring of the issue relating to rape in the country and will also serve as focus persons, “Holistically, Completecare and Empowerment Initiative is staging a nation-wide peaceful protest in all the 774 local government areas in Nigeria and this would be followed by other pragmatic approaches in that direction. It is on this wise that Completecare and Empowerment Initiative wishes to announce the dire need of states and local government Coordinators across the country to indicate their readiness (along with an abridged profile) to join us in this emancipative war to salvage our female children. Qualified applicants are to use the ongoing ONLINE REGISTRATION of protest to indicate his/her readiness by sending LETTER OF INTENTION as our Human Resources Department would select based on experience and other required conditions”.

It is on record that Completecare and Empowerment Initiative is staging a nation-wide protest against rape. The protest, which its online version is ongoing and could be registered through this link: CLICK HERE it is open for registration to all. 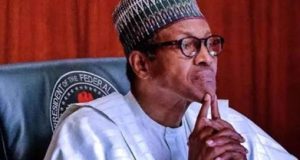 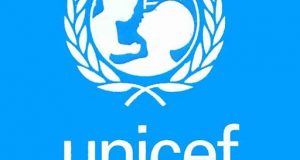