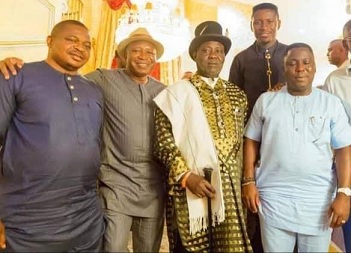 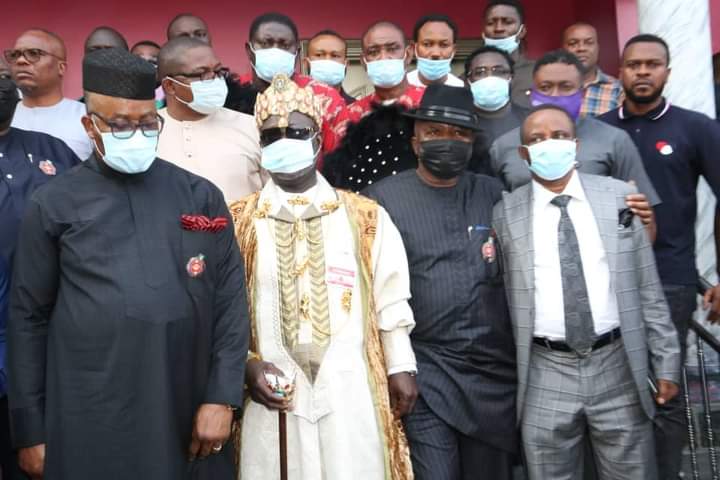 The stakeholders stated this at the end of a meeting between the three major development agencies in the Niger Delta region; namely the Ministry of Niger Delta Affairs, the NDDC, the Federal Amnesty Programme, as well as a group of ex-agitators at the Palace of the Amanyanabo of Okochiri, King Ateke Michael Tom, in Okrika Local Government Area of Rivers State.

The stakeholders declared: “Let us put it on record that the appointment of Chief Akwa as the Interim Administrator of the NDDC is well received by our people. We want to emphasise that no one is more Niger Delta than anyone else.

“We are aware of the circumstances that led to his appointment as a child of circumstance. He should be supported by anyone that means well for the region. We are also aware of the court order that sacked the previous Interim Management Committee, IMC. But because Akwa was not part of the suit that sacked the IMC, and being the most Senior Executive Director, Finance and Administration, EDF&A, Mr. President appointed him to hold forth and conclude the forensic audit before a new board takes over.

“We know Mr. President will also appoint him as the substantive EDF&A when the time comes. Because of his pedigree and track record of success. He is carrying everybody along and we are happy with the appointment.

“We also thank Mr. President and Senator Akpabio for completing the NDDC corporate headquarters at the Eastern bye-pass, Port Harcourt. This project is a star project and we are waiting for Mr. President to come for the commissioning so that we can have an ample opportunity to show our love towards him. They called on all youth groups and various organisations to cooperate with the new leadership of the NDDC to ensure the rapid development of the Niger Delta region.

The stakeholders also thanked President Buhari for what they termed “his determination to complete the East-West road and the confidence he has on our leader, Senator Godswill Akpabio to superintend over the project.

They stated: “We believe that our uncommon leader, Chief Akpabio who has a record of achievement in his previous assignment as the Governor of Akwa Ibom State will perform well in this project and we have no doubt about his capacity.

They also thank Chief Edwin Clark for his support to the NDDC Interim Administrator and his call for the youths to stop all forms of protests against the NDDC leadership, noting: “We want to assure him that we will work with Akwa and ensure absolute peace in the region.”

Speaking earlier, Senator Akpabio, commended the stakeholders for bringing unity back to the Niger Delta region, stating: “We need peace to make progress in the region.” He assured the traditional rulers and the ex-agitators that President Muhammadu Buhari means well for the region, adding: “We must work out modalities for fast tracking development in the region, especially with the army of unemployed youths waiting to be engaged.”

He said that one of the big problems of the region was that so many youths were unemployed. So, we must work together with the Amnesty Programme to initiate things that will generate employment opportunities,” he said.

On the East West Road, Akpabio said: “We have initiated a combined team to raise funds for the completion of the road because if we depend solely on federal budget, it won’t work. I have asked the NDDC to make contributions to the special funding of the road. In my ministry, I have devoted about three quarters of the money for 2021 budget into the road.

He expressed joy that the National Assembly had passed the 2020 budget of the Commission. The details of the budget are expected next week. This will enable the NDDC to intervene in many areas.

Akpabio stated: “We have completed the NDDC permanent headquarters started in the days of the Oil Mineral Producing Areas Development Commission, OMPADEC. We shall be inviting the royal fathers to join us in commissioning the project on February. “We have selected about six major regional projects to undertake within the Niger Delta region and we intend to bring the NDDC board latest by April this year. We want to handover the report of the Forensic Audit to the new board for implementation.”