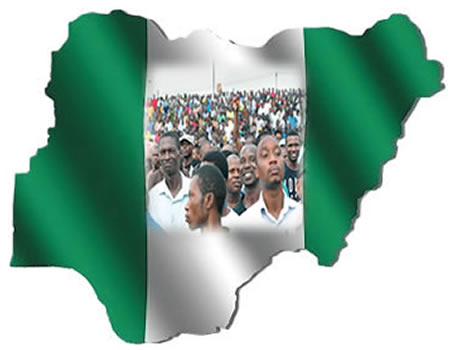 Nigeria vs. Nigeria: Our National Lack of Orderliness

When a place called Nigeria continues to exhibit endless lines of conflicted management security controls and poor information security controls everywhere, everything and everyone remains unsafe. In what appears to be a functional tribal and religion-oriented democracy where tilted type “leadership” mannerisms prevail, system disorders will manifest across our institutions and the country. Just like a true schizophrenic type person or mindset.

The psychology of Nigeria now faces a significant situation where everyone is for oneself. Every region is for itself. I don’t know if there will be a physical civil war but what we all know is that a psychological civil war has started. Big time. On the one side is the cry and shouts from one man, Governor Samuel Ortom of Benue State in the midst of others who apparently remains banana sucking heads in mostly non-northern regions. On the other side of Nigeria are Governors Nasir el-Rufai of Kaduna and Bala Muhammed of Bauchi State with a commitment to stand and speak ethnically for the most part.  So, the divisiveness is clear. If any physical civil war starts, the words of Bala Muhammed will become very relevant. He said the cows and Fulani carriers of AK-47 have the right to any part of Nigeria. I agree with the freedom of movement especially as it relates to citizens humans,  even the cattle but not illegally.

Muhammed appears to have endorsed the unconstitutional and illegal carrying of an automatic weapon used for mass shootings and in war theatres. In linguistic terms, I think he spoke sentimentally and overly protectively and that is dangerous for an emerging multi-ethnic democracy. But believe me, the damage has been done in the eyes of the people and the world. In fact, the governor, unlike any other person in the world, just opened up the path to a physical or bloody regional war. I hope not.

Inadvertently, he has ordered others to do the same. He alone knowingly or unknowingly has ordered the unconstitutional right to carry a dangerous gas operating terror inflicting weapon like AK-47. Now everyone could be getting ready to follow his cold words. In the same vein, Muhammed has given AK-47 blessings to various religional protective groups. Like the Hisbah, an Islamic type police body and the Civilian Joint Task Force in the North. Other regional security outfits will share from this anyhow talk. The Amotekun of the South-West, and the Eastern Security Network of the eastern and southern parts of Nigeria will get theirs since he said groups have the right to protect themselves and their followers in any region.

In the light of our current state of national psychosis or misgivings, the national government through the Federal Ministry of Justice has trouble in its hand. The state governments also have trouble in their hands.

In a society where we argue whether to see the constitution or religious doctrine as the ultimate doctrine of the land, I don’t see a quick solution to our national idiocy. Therefore, the psychological civil war which I fully endorse must continue, whether it turns to a physical bi-regional war is left to others. As long as violence and extremism now have a stable place in Nigeria as well as general inequity, let everyone be ready to protect themselves and their religions. No one side should have the inequitable privilege. Global observers and the Biden presidency must-watch Nigeria and its inequitable policies in terms of the vulnerable on matters of insecurity and religious freedom. Because everything looks dicey. Big time.

As I close, I say hello to our all-round brother, VP Yemi  Osinbajo, wherever he is today. The same to President Muhammadu Buhari, an ardent Fulani religious mind who must try to take equal pride not just for the Fulani but also for all tribes or face the current psychological revolution which he can’t win. Not in this time of our social media globe. The President must on live TV tell Nigerians, using his institutional voice of authority and leadership, to level up the current mess. The quintessential question now is when enough is going to be enough with our current “wahala” or cyclical self-driving institutional and societal woes. I remain optimistic.

2021-02-16
admin
Previous: Petrol subsidy may hit N11.2bn per week
Next: How Nigeria Can Benefit from Okonjo-Iweala-Led WTO – LCCI