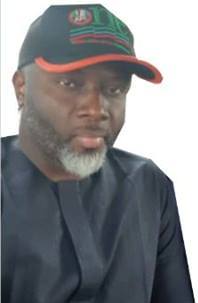 The people of Itu local government and its environs of Ibiono Ibom, Uruan in Akwa Ibom State including those from Akamkpa in Cross River State got into New Year, 2019 with surprises and songs of appreciation last Friday January 11, 2019 for the free medical treatment they received from a patriotic young man of destiny.

The medical testing and treatment, which was sponsored by the Special Assistance to the Managing Director of the Niger Delta Development Commission (NDDC) in charge of Finance, Mr. Nseobot Willie primary for the people of Itu local government area, though the imitative was almost hijacked by people of the Others are heart issues/stroke, eye check and free glasses, arthritis, x-ray, minor surgery and HIV/Aids testing and referral while major surgeries were rescheduled for subsequent dates.

Century Newsfront gathered that the free medical services was made possible in collaboration with an America-based NGO, IMA-BRIDGE AFRICA where over 70 qualified medical experts from various several medical institutions around the world including 12 foreign medical doctors; 24 medical doctors I Nigeria; 12 pharmacists; 10 nurses and 12 student doctors who carried out the medical services for the people with enthusiasm.

Speaking to Century Newsfront, some of the beneficiaries who spoke expressed their joy and appreciation to Mr. Nseobot’s gesture describing him as a man that is concerned with the plight of the rural dwellers, “we are appreciative of Nseobot for giving us this rare opportunity to have free medical testing and treatment in our community. We also thank Obong Nsima Ekere for fishing Nseobot out by giving him the opportunity of working with him, thereby bringing these free medical services to us. This is what we used to hear else way but today, it has come to us”. Others who also bared their minds said, “we are not surprise because this is not the first time Nseobot does new thing to us. He has been empowering our people in various dimensions to have a sustained livelihood, he is a gift to us and we cherish him dearly”. One of the beneficiaries, a member of the community by name Arit Etim Bassey, a mother of five who was highly emotional while talking to Century Newsfront in vernacular of how the glasses she had got bad and she did not have money to get a new one and that life was unbearable with her without glasses, “this is my glasses, it means a can now see clearly without paying a dime? Nseobot you have done me well, may God continue to bless you for all”.