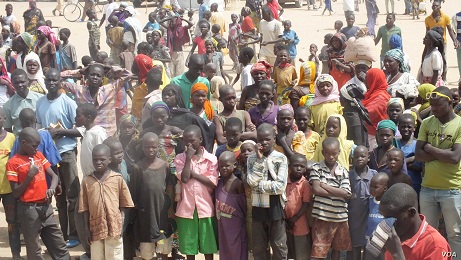 From Kogi to Oyo State in the last one week, security concerns have mounted over what has been discovered to be a mass movement of Fulani families southwards.

In Oyo State, a meeting of the Yoruba World Assembly held at the Parliament Building on Thursday was informed of Fulani herdsmen trooping into the state from neighbouring countries through Saki East, Saki West and Atisbo local government areas.

Last Saturday, in Yagba West Local Government Area of Kogi State, truckloads of Fulani men, women and children were intercepted at the point of their settling in a forest area. They told locals that they were there as refugees fleeing from bandits ravaging their homes in Niger State. The scores of the Fulani migrants confessed to local government authorities that they were from Niger State and wanted to settle at the location where they were intercepted.

The Fulani herdsmen and their families arrived in Okunran community in Yagba West Local Government Area of the state at about 12 noon last Saturday when truck conveying them arrived in the forest part of the remote community. Saturday Tribune gathered that the herdsmen were intercepted by officials of the local government led by the chairman, Mr Pius Kolawole, in collaboration with locals and security agencies.

A statement last Sunday signed by media assistant to the council chairman, Mr Eniola Olayemi, had alleged that the local government authorities returned over 100 Fulanis in trucks moving to Okunran illegally to settle without a clear mission.

The statement said the council chairman had taken the security of the area seriously since he assumed office and had held series of meetings as regards the invasion of Yagba West by the Fulani herdsmen. He said the Fulanis were intercepted on Saturday and their loaded truck was escorted out of the local government area with the support of security agencies.

The statement said Yagba West under Kolawole’s leadership “is determined to ensure that security of life and property is actualised to the fullest.” However, the special adviser on media to the chairman, Mr Toba Abraham, while speaking to Saturday Tribune on Thursday, disclosed that not all the Fulani herdsmen were turned back to Niger State. He said that the local government chairman and security and other relevant officials held a meeting on that day where they screened and interrogated the Fulani herdsmen women and their children.

According to him, the Fulani migrants said they had to leave their communities in Niger State due to the activities of bandits as their lives were not safe staying there. Abraham said those among them that were able to give satisfactory explanation were allowed to stay, while those who could not explain their mission were turned back to Niger State.

Meanwhile, when Saturday Tribune called on the Kogi State Police Public Relations Officer, Mr William Aya, to confirm the story, he said his office was not aware of such a development. Leader of Amotekun in Oyo State, General Kunle Togun, who was credited with the security information on influx of armed herdsmen from outside the country, told Saturday Tribune on Friday that he would address a world press conference on Tuesday or Wednesday in Ibadan.

General Togun said he would speak on all issues connected with threats from the armed Fulani trooping into the state as well as other related issues at the conference. 35 armed Meanwhile, 35 Fulani herdsmen who were some days ago arrested on TapaIgangan Road in Ibarapa North Local Government Area of the state are still in police custody.

The police said the arrested men were going through the investigative process. The men were said to have been armed with guns, knives and other weapons.

A report had it that they were on a reprisal attack on operatives of the Amotekun security outfit over the alleged killing of three suspected bandits last Saturday. One of the Fulani herdsmen arrested by Operation Burst, Adamu Yerima Abubakar, was interviewed on Friday by Saturday Tribune where he and others were being detained. He did not deny that he and his people were armed but said they were vigilantes going after kidnappers and other bandits in Ibarapa zone when they were arrested.

When contacted, the state Police Public Relations Officer, Olugbenga Fadeyi, said the Fulanis were still going through investigation. “The police have gone to the scene to make inquiries in order to get more facts. We are still investigating,” the PPRO said.

Commandant of Amotekun in Oyo State, Colonel Olayinka Olayanju (rtd), had a few days ago said that his men launched six operations in four local government areas but that the team in Ayete was attacked inside the forest by suspected bandits with three of them killed by his men.