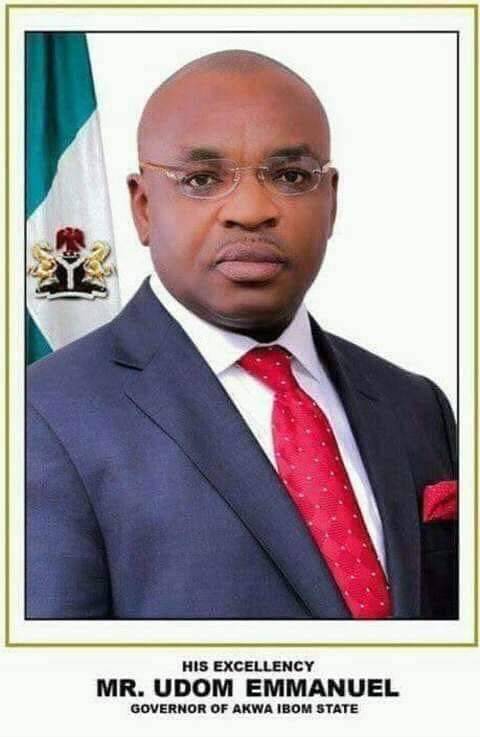 Re-affirmation of the Supremacy of God – Udom Emmanuel

Yesterday, you went out to the polls and again reaffirmed the supremacy of God in the affairs of our lives. While others put their trust in the weapons of violence and destruction they had fashioned against our people, and had openly boasted of the invincibility of their Federal might, we put our trust and faith in the ONLY God we know and worship. The ONLY GOD who never disappoints. And He did not disappoint! To Him alone, we give thanks, glory and adorations!

Let me on behalf of my wife, Her Excellency, Mrs. Martha Udom Emmanuel, thank you my dear people from the bottom of my heart for reaffirming your faith in my capacity to continue to superintend over the affairs of this God’s own piece of Royal Real Estate.

I want to commend you for the peaceful manner you went about exercising your civic responsibility; you refused to be shaken or cowed by those who thought they could bend your will; you refused to be intimidated by those who promised Armageddon and war on our people. You proved that the army of God can never be defeated by the army of man no matter the size. You deserve our eternal gratitude.

The election was hard-fought but God gave us the victory and I hereby dedicate this victory to Him ALONE and of course, you my dear Akwaibomites. To those who ran against me, I urge them to join hands with me to build the Akwa Ibom State of our dream: an industrialized State where education, healthcare delivery, food sufficiency, peace and security, infrastructural renaissance, foreign investments shall remain abiding articles of faith.

If we were able to achieve so much in the last almost four years which have been the years of lean resources, my prayer is that in the next four years which we hope would be the years of plenty, we will continue to judiciously appropriate the resources to impact lives, change our story and move Akwa Ibom to such enviable height of prosperity and growth that would be the envy of the nation and indeed the world.

If California, a State on the West Coast of the United States could be the 6th largest economy in the world, I think with the fresh mandate you have given me, we will work harder to make Akwa Ibom State a major economic power in Africa. Your fresh mandate has fired me up; the passion to do the most for our people remains right and uplifting. We will not fail you.

We have all we need to be great, the mind-set of our people have been changed, thanks to our Dakkada philosophy, we have great talents and a propelling desire to be successful. Our youths are embracing an ownership culture and the need to use the works of their hands and their creative instincts to create wealth for themselves.

God bless Akwa Abasi Ibom State, God bless our nation, and it is well with us all! ONLY GOD!

BEING A SPEECHDELIVERED BY GOVERNOR UDOM GABRIEL EMMANUEL ON THE OCCASION OF HIS  RE-ELECTION TO A SECOND TERM IN OFFICE, GOVERNMENT HOUSE UYO, MARCH 10, 2019