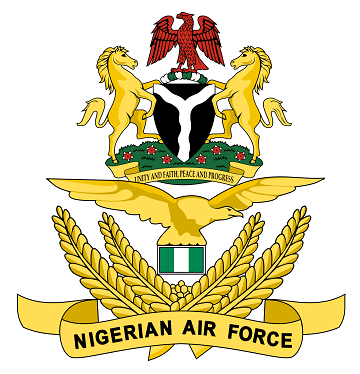 The Nigerian Air Force (NAF) said it has deployed additional 32 Special Forces to support Operation Safe Haven being executed by the military to restore normalcy to southern Kaduna.

The Air Officer Commanding (AOC ) Air Training Command Kaduna, AVM Musa Mukhtar said in Kaduna, yesterday, that the deployment was in response to the directive of the Chief of Air Staff, Air Marshal Sadiq Abubakar, for NAF to support the ongoing operation. The troops deployed two officers, 28 soldiers and two medical staff. “We also intend to carry out our civil-military relation hopefully by next week and send a medical team from our hospitals.”

Mukhtar noted that the operation would be as long as necessary, adding that there was already a contingent of the Defence Special Forces deployed to southern Kaduna, to restore peace in the area. “We also have air component Commander to coordinate the airpower aspect,” he added.

He called on the residents of southern Kaduna to avail the troops with all the necessary and genuine information that will assist in the successful execution of the operation. “We will process the information and find out its true nature and then act,” he assured. Mukhtar also called on the residents to give the military all the necessary cooperation, saying, “we are there to assist the civil populace and not to harm them.”

Addressing a press conference, the Hausa-Fulani community under the auspices of Coalition of United Muslim Group, Kaduna State, Muslim Youth Foundation of Southern Kaduna, Nasihatu Ahlizzaman Southern Kaduna Muslim Forum and Zumunta Youth Development, Kasuwan Magani, said the Muslims constitute 40 per cent of the population while the Hausa-Fulani was the majority of the about 30 tribes that make up Southern Kaduna.

He asked the Kaduna State House of Assembly to enact a law stopping the Hausa-Fulani from being referred to as settlers in Southern Kaduna and called on the state government to create chiefdoms for them in places like Kasuwan Magani, Kachia and Zango Urban, which he said were founded by the Hausa-Fulani.

“The area has about 30 ethnic groups in the eight LGAs that makeup Southern Kaduna, among which include: Hausa-Fulani, Jaba (Ham), Atyap (Kataf), Kadara (Adara), Baju (Kaje) in addition to Nigerians from other parts of the Country. The Muslims constitute about 40% while the Christians have 60% of the population. Most of the major towns in Southern Kaduna were founded by Hausa-Fulani or example, Zango, Kachia, Unguwan Rimi, Zankuwa, Kagarko, Jere and Jama’a (Kafanchan). Hausa Fulani is the largest single tribe in Southern Kaduna. In spite of this, they are always targets or victims of circumstances.”