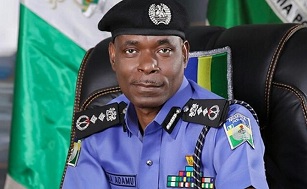 THE rising insecurity in the country has led to the call for state police. In the face of the rising criminality, some governors are finding it difficult to ensure the security of lives and property in their states.

Although they are officially designated as Chief Security Officers of their respective states, they lack the power to deploy and control police in their states.

It was due to the constitutional lacuna. Nigeria as a federal state operates a central policing system. Many have blamed the ineffectiveness of the Nigerian Police on its apparent over-centralization. Section 214 (2) of the 1999 Constitution (as amended) stipulates that the Nigerian Police Force shall be under the command of Inspector General of Police.

Section 215 of the same constitution posits that before a state police commissioner carries out an order issued by his governor, he may ”request that the matter be referred to the President or such minister of the government of the federation as may be authorised in that behalf by the president for his directions”.

Obviously, the operational control of the Nigerian Police Force is bestowed on the IGP who in turn reports to the president.

Because it is on the exclusive list, the Federal Government exercises absolute control over the security institution whereas the heads of other political units that make up the federation are helpless in issues pertaining to the routine maintenance of law and order in their jurisdictions.

Some state governors have lamented their frustrations in securing their states and save lives in the face of raging insecurity.

For instance, at a stage, former Zamfara State Governor, AbdulAziz Yari asked the president to declare a state of emergency in the state when his administration was overwhelmed by banditry and kidnapping. There was hardly a week that gunmen would not strike and kill innocent people in the state.

Security experts believe the federal police is incapacitated to stem the wave of armed banditry, kidnapping, political assassination and murders in the country.

They said that it is only decentralization of the force as practised in most developed countries that can rescue the nation from the precipice.

Doing so, they insist, will give the central command to focus on raising a crop of a highly professional crop of a central squad that may be deployed from time to time when the need arises.

At present, the police strength is about 500,000 as against a population of 200 million Nigerians.

Based on the United Nations standard, the number of policemen and women available in Nigeria is grossly inadequate to meet the 400 to one ratio requirement.

Besides, they argued that each state has its own peculiar security challenges which can only be better managed by the officers who are familiar with the terrain, culture and way of life of a particular people in a given locality.

They stressed that only a decentralized police structure where people who hail from an area and familiar with the terrain and the criminals in the neighbourhood are entrusted with the responsibility of policing that can effectively contain crime and criminality.

A retired police commissioner, Alhaji Hassan Musa said in developed countries, police are trained according to the peculiarities of the localities in which they operate.

He said, for instance, the trend of violence and criminality in the north are essentially on religious fundamentalism, only the police that understands the terrain and culture of the people will succeed in the fight against terrorism.