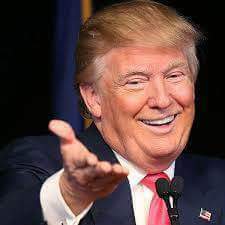 … As GOP, led by Mitch McConnell, Largely Sticks with Trump

Former President Trump was acquitted in an unprecedented second impeachment trial on the charge of inciting an insurrection for the Jan. 6 Capitol riot, making him the first and only president to be impeached and acquitted twice in history.

A majority of senators found Trump guilty on Saturday in a 57-43 vote, but the number fell short of the supermajority needed to convict the president. Had Trump been convicted, the Senate would have moved to bar the 45th president from holding federal office ever again.

The seven GOP senators who joined with all Democrats in finding Trump guilty were: Sens. Richard Burr of North Carolina, Bill Cassidy of Louisiana, Susan Collins of Maine, Lisa Murkowski of Alaska, Mitt Romney of Utah, Ben Sasse of Nebraska and Pat Toomey of Pennsylvania. Sen. Patrick Leahy, D-Vt., who presided over the trial announced the vote fell short of the two-thirds majority need and therefore Trump is “hereby acquitted of the charge.”

The acquittal means that as of now Trump can leave the door open to another White House bid in 2024, though senators have hinted they may still try to bar him from office in a separate 14th Amendment measure.

Trump praised the victory, thanked his supporters and promised he’d soon emerge with a “vision for a bright, radiant, and limitless American future.” The former president, who has largely stayed silent since his impeachment, also took aim at his opponents. “This has been yet another phase of the greatest witch hunt in the history of our country,” Trump said in a statement. “No president has ever gone through anything like it, and it continues because our opponents cannot forget the almost 75 million people, the highest number ever for a sitting president, who voted for us just a few short months ago.”

House impeachment managers accused Trump of inciting the insurrection by spreading a “big lie” the election was stolen from him, summoning his supporters to Washington on Jan. 6, telling them to “fight like hell” and then refusing to call off the attack once the mob violently took over the Capitol. “He named the date. He named the time. He brought them here, and now he must pay the price,” lead impeachment manager Rep. Jamie Raskin, D-Md., said in his closing remarks to the Senate.

Trump legal’s team denounced the proceedings as an unconstitutional “sham impeachment” against a private citizen, driven by Democrats’ “hatred” for Trump and desire to silence a political opponent. Trump lawyers also argued the former president’s political speech is protected by the First Amendment and his words on Jan. 6 to his supporters to “fight like hell” were not meant literally. To drive home that point during the trial, Trump’s defense played an 11-minute video of nearly every Democrat in the chamber using the words “fight” in their past speeches and interviews.

In a curveball move, the Senate Saturday morning voted 55-45 to allow witnesses at the trial after Raskin said they wanted to hear from GOP Rep. Jaime Herrera Beutler. Raskin, D-Md., cited the “breaking news” overnight about details Beutler revealed of a heated phone call that Trump had with House GOP Leader Kevin McCarthy during the middle of the Capitol attack. Beutler, who was one of 10 Republicans who voted to impeach Trump in House, released her account of the call late Friday, confirming a CNN report that Trump dismissed McCarthy’s pleas to call off the riot and instead told McCarthy that the rioters were “more upset about the election” than the House leader.

When McCarthy finally reached the president on January 6 and asked him to publicly and forcefully call off the riot, the president initially repeated the falsehood that it was antifa that had breached the Capitol,” Beutler said in her statement. “McCarthy refuted that and told the president that these were Trump supporters. That’s when, according to McCarthy, the president said, ‘Well, Kevin, I guess these people are more upset about the election than you are.'”

Trump’s legal team blasted the decision to call witnesses and threatened to depose 100 people if the door is open. A visibly angry and animated Michael van der Veen said that House Speaker Nancy Pelosi, D-Calif., and Vice President Kamala Harris would “absolutely” need to be deposed, too, but not by Zoom. “These depositions should be done in person in my office in Philadelphia,” van der Veen told the senators, which drew audible laughter from the Senate chamber. Van deer Veen shot back: “I haven’t laughed at any of you. And there’s nothing laughable here.” Trump’s legal team agreed to allow the damaging statement from Beutler to be entered into the trial as evidence. Armed with her statement, House lawyers then abandoned their demand that Beutler be called as a witness altogether.

House managers said the revelations about McCarthy’s call with Trump show that Trump abdicated his oath of office by showing support for the rioters and disregard for the security of members of Congress and Pence, who was targeted by the mob for assassination. “He chose retaining his own power over the safety of Americans,” said Rep. David Cicilline, D-R.I. “I can’t imagine more damning evidence of his state of mind.” The arguments, however, weren’t enough to sway the 17 GOP senators needed for conviction.

GOP Leader Mitch McConnell, R-Ky., was very critical of Trump’s conduct surrounding the Jan. 6 riot and his wife — former Transportation Secretary Elaine Chao — even resigned from the administration in the aftermath of the attack that left at least five people dead, including a Capitol Police officer. “There’s no question… that President Trump is practically and morally responsible for provoking the events of the day,” McConnell said in a speech after the vote Saturday.

Still, McConnell found Trump “not guilty,” saying he believes convicting the former president is unconstitutional. “We have no power to convict and disqualify a former office holder who is now a private citizen,” McConnell said in a speech. “Trump was let off on a technicality and that’s essentially what you heard Mitch McConnell say,” Castro said.

In a news conference after the vote, Democratic managers pointed out that the presidential impeachment process was the most bipartisan in history, with 10 House Republicans and now seven GOP senators backing the effort. “Even though we didn’t get 67 votes, this has been the most bipartisan vote for impeachment and conviction ever,” Castro said. “And we know that we spoke the truth and the American people by and large have agreed with us.”