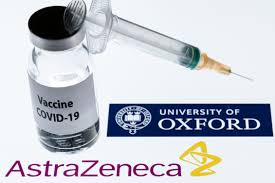 The Federal Government on Thursday said Nigeria would continue to administer the AstraZeneca COVID-19 vaccine despite its suspension by eight European countries over the fear of its possible deadly side effects.

The Minister of State for Health, Dr Olorunnimbe Mamora, in an interview with one of our correspondents in Abuja, said suspending the vaccine would amount to a fire brigade approach.

Also a prominent virologist, Prof. Oyewale Tomori, in an interview with The PUNCH, stated that there was nothing to worry about.

Recall that the Federal Government on Tuesday last week received  3.94 million doses of the vaccine from  COVAX facility, an initiative co-led by the Vaccine Alliance, GAVI and the World Health Organisation.

But as Nigeria continued to deploy doses of the vaccine on Thursday, an international news channel, France24, reported that seven European countries – Denmark, Norway, Austria, Estonia, Latvia, Lithuania and Luxembourg – suspended all or part of its rollout as a precaution while they investigated concerns relating to blood clots and other side effects caused by the vaccine. BBC reported that Iceland had suspended the vaccine, making the total number of countries eight.

Danish health authorities suspended all AstraZeneca vaccinations for two weeks after a 60-year old woman who had been vaccinated formed a blood clot and died, according to France24. The move “follows reports of serious cases of blood clots among people vaccinated with AstraZeneca’s COVID-19 vaccine”, Danish health authorities said in a statement. But the country cautiously added that “it has not been determined, at the time being, that there is a link between the vaccine and the blood clots.” Norway followed suit, suspending all AstraZeneca vaccinations.

Austria earlier announced it had suspended the use of a batch of AstraZeneca vaccines after a 49-year-old nurse died of “severe blood coagulation problems” days after receiving an anti-COVID-19 shot.”

It also reported that Norway’s public health institute said it would follow the Danish move to halt all use of the vaccine until the Danish cases were investigated. The report quoted Geir Bukholm of the  country’s National Institute of Health as saying, “We are waiting for more information to see if there is a link between the vaccine and this blood clot case.” But Spain said Thursday that it had not registered any cases of blood clots related to AstraZeneca’s Covid-19 vaccine so far and will continue administering the shots.

Spanish Health Minister Carolina Darias said she had been informed of cases of blood clots among recently vaccinated people in Austria, but added that “so far, no causal relation between the vaccine and the blood clot events has been established”, and the European Medicines Agency was evaluating the situation.

On Wednesday, EMA, Europe’s medicines watchdog, said a preliminary probe showed that the batch of AstraZeneca vaccine used in Austria was likely not to blame for the nurse’s death. We will continue to administer the vaccine, we haven’t seen unusual reactions – Minister

Speaking to The PUNCH on Thursday evening,  the Minister of State for Health,  Mamora, said Nigeria would continue to administer the vaccine. He said since Nigeria rolled out the vaccine last week, there had been no recorded severe side effects. Mamora said apart from being approved by the World Health Organisation, the vaccine had also been endorsed by the National Agency for Food and Drug Administration and Control for emergency use.

The minister argued that persons who died of the vaccine use in Europe might have had other co-morbidities or complications that led to their death, adding that it was best for regulatory agencies to complete their probe before any conclusions were made. He said, “We have not had any unusual reaction from any of the doses administered. I have taken it and I have not felt unusual and no one has been established to have had it so far. So, we cannot just suspend right now. That would amount to a fire brigade approach.

“We will continue to administer doses and monitor reactions of all those who have taken the vaccines. We are not going to suspend vaccination just because some countries have done so.”

Also, the Federal Government said it had commenced investigations to determine the side effects of the vaccine. Already, the National Primary Healthcare Development Agency has doused apprehensions about its side effects and safety. But the Head (Public Relations Unit) in the NPHCDA, Mohammed Ohitoto, said the agency was awaiting the outcome of the investigations.

He said, “We are aware of precautionary concerns that have been raised regarding one specific batch of the AstraZeneca vaccine, namely ABV5300.

“We understand that investigations are being conducted to determine if the batch is in any way linked to an observed side effect. While we await the outcome of the investigations, it is important to clearly state that Nigeria did not receive any doses from the batch of vaccines that has an issue.

“Vaccinations in Nigeria started earlier this month and we have not observed any similar adverse reactions. All side effects reported by those who have been administered the vaccine have been mild. We are satisfied that the clinical evidence indicates the Oxford-AstraZeneca vaccine to be safe and effective. Our assessment is in line with countries such as Spain and the UK who have indicated that they will continue to administer the vaccine because it remains an important tool to protect against COVID – 19.”

No cause for alarm, virologists say

On his part, a professor of virology,  Tomori,  said the country had nothing to fear about the usage of the AstraZeneca vaccine. Tomori, in an interview with one of our correspondents on Thursday, said there was no need to compare Nigeria with the countries that had temporarily suspended the usage of the vaccine.

He stated, “Those countries temporarily suspended the usage of the vaccine, they are investigating. So, as a precautionary measure, they suspended the usage. How many side effects have we recorded in Nigeria? We are talking of millions of people vaccinated in those countries. Nothing is clear about it yet. On the temporary stop in some European countries, I have no comments for now till investigations have been completed. The countries are only taking a precautionary measure till the investigation is complete,” Tomori said.

Earlier A former Nigerian lawmaker, Senator Dino Melaye, said the AstraZeneca COVID-19 vaccine imported by the Federal Government through the COVAX facility was the least potent of the four vaccines approved by the World Health Organisation.

CNN on Thursday reported that AstraZeneca, the company that manufactured the vaccine issued a statement, where it said patient safety was its “highest priority.” “Regulators have clear and stringent efficacy and safety standards for the approval of any new medicine, and that includes COVID-19 Vaccine AstraZeneca. The safety of the vaccine has been extensively studied in Phase III clinical trials and peer-reviewed data confirms the vaccine is generally well-tolerated,” the company said in a statement. The company’s shares fell 2.5 per cent in early afternoon trading on Thursday in London.