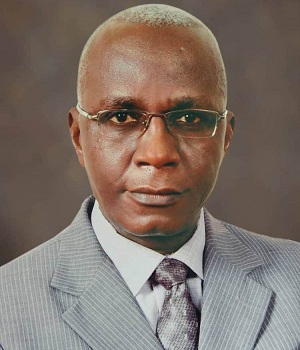 A veteran Journalist, Elder Nnamso Umoren who served the Nigeria and Akwa Ibom State in different capacities has finally given up the ghost.

According to a release endorsed by Umoren Nnamnso Umoren, son of the deceased and made available to Century Newsfront described the departure as unquantifiable loss added the their late father had served many governors as speechwriter and died at the age of 68, “It is with a deep sense of unquantifiable loss that we, the family of Elder Nnamnso Umoren, announce his passage to eternity on November 14, 2020.  The late Elder Umoren was a distinguished journalist, speechwriter to several governors and a life coach. Born in Nsit Ubium Local Government Area of Akwa Ibom State, he went home to be with Jesus at the age of 68 after a bout of sickness”.

“In addition to attending the Polytechnic Calabar where he studied Mass Communication, Elder Umoren also did a degree programme in Communication Arts at the University of Uyo. He attended several professional courses and trainings in the United States of America, Israel, United Kingdom, and some African countries. In his later years, he operated as the Chief Executive Officer of Talent Business School. Elder Umoren’s inspirational autobiography, which he completed before his demise, chronicles his rise from grass to grace in stirring prose and brutal candor. It is set for release as part of his obsequies. This book does not only leave his footprints in the sands of time; it serves as a compass pointing co-travelers in the journey of life to the path they ought to take”.