As a sign of alliance in support of the peaceful atmosphere for the 2019 general elections, young graduates of the Akwa Ibom State Polytechnic, Ikot Osurua vowed not to be brainwashed and misused by any candidate or political party in the upcoming general election.

Speaking with Century Newsfront, Ubong Jack, an HND2 business administration graduate said he has come to discover why many young school leavers easily get trapped in the web of electoral, “Many students who lack what to lay their hands on to get money after school commonly accept any offer to disrupt election condition against the normal, some lack plans for their future and ignore minute opportunities to get themselves busy, I decided to open a baking ingredient shop while waiting to be enlisted in the National Youth  Service  Corp not because I do not have parents to go back to but avoid idleness and unnecessary entanglement in any form of electoral misconduct in the upcoming general election”.

In a further description of some causes of electoral unrest on the side of young school leavers, Idongesit Mathias, awaiting corps member of business Administration, Akwa  Ibom state Polytechnic identify pride and laziness as part of the key factors that make their undue involvement in electoral fracas like hijacking of ballot box, causing commotion and other unaccepted conducts, “there is no way I will leave my little business of roasting chicken and plantain that is yielding income for me to struggle for money at polling unit, it’s less matured”.

Idongesit also proceeded by relating the act of some young graduates’ involvement in all forms of electoral misconduct to pride, which cause to disdain creativity and diligence to little sources of income therefore leading to becoming thugs for politicians and engaging in other social vices such as kidnapping, hired assassin and so on. He therefore, called on other young school leavers to demur all enticement to be used negatively in the upcoming election but ensure active participation in the process.

While still interrogating other students on their view to the state of fairness of the upcoming election, some of them suggested that candidates of different parties should avoid using money influence, votes buying. They also called on INEC (Independent National Electoral Commission) to maintain a pure ground and ensure high level security to enhance moderation during the election.

On a similar development, the Joint Christian Campus Fellowship (JCCF) Akwapoly Chapter, during its prayer conference prayed for the election and admonished Christian students to reject all forms of compromise and take up the Fear of God as their guiding principle while participating in the election. Benjamin Okon, JCCF president while counselling Christian students against speaking evil of leaders reads from Romans 13:1 which says, “Let every soul be subject unto the higher powers. For there is no power but of God: the powers that be are ordained of God” (KJV). 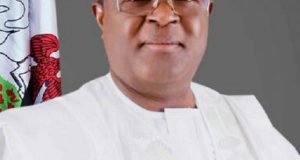 2023 PRESIDENCY: Umahi’s Presidency and the Possibility 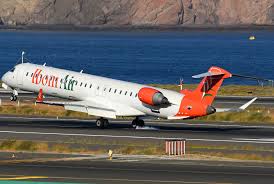