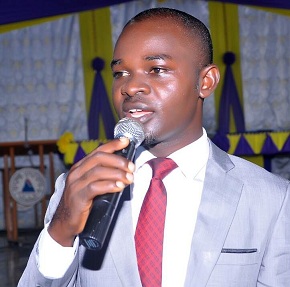 …We’ll be fair to all aspirants – ELECO Chairman

Five aspirants have indicated interest to run for the chairmanship of the Akwa Ibom State Council of Nigeria Union of Journalists (NUJ) in the August 2, 2019 election.

They are Comrades Amos Etuk of the Daily Newswire Newspaper, Saviour Ekpe of Century Newsfront Newspaper, Joseph Robert of the State Information Chapel, Franklyn Isong of Radar Newspaper, and Aniefiok Udonkwak of Business Day Newspaper. Winner of the election will succeed Mr. Patrick Albert, a two term chairman of the union whose tenure will end on August 2.

Chairman of the 7th Triennial conference/election of the Union, Comrade Abasifreke Effiong, disclosed at the close of sales of nomination forms last weekend that five persons have procured forms to vie for the chairmanship of the union. This is the first time the union is having up to five persons vie for a position in an election. Effiong said there is also very high interest in the other six positions.

The conference/election committee chairman said the high interests may be attributable to three factors. He said: “I’ll attribute the high interest shown by members of the union to three factors. One is, the out-going leadership of the union has done well to expand the union’s prominence and visibility in infrastructure to the admiration of many members. “Two, members’ interest in the union has grown tremendously, so qualified members are eager to come in and contribute to the growth of the union.

“The third reason is that, members have absolute confidence in the credentials committee, so they have no doubts that they will be given level play ground.”

He said the credentials committee will protect everyone who is vying for a position in the union’s state executive council and will ensure that only qualified journalists vote during the election.

“I know the election will be a great test of my integrity as the chairman. I can guarantee that we will be fair to every aspirant. “I will not allow any aspirant cheat the other, and as the umpire, the committee will not work in a way that makes some persons feel discriminated. So, the credentials committee will be strict.”

Speaking on the itinerary of the 7th triennial conference/election, Comrade Effiong said the election billed to hold on August 2, will be preceded by a conference on the theme, “Journalists, Leadership and Power Cooperation in Democracy”. “It will be the first time the State council will be having a conference as part of the union’s triennial convocation. “The conference will be yet another opportunity to sharpen members’ intellect and push new areas of advocacy on issues that will be brought up for discussion.”

Culled from the Propeller