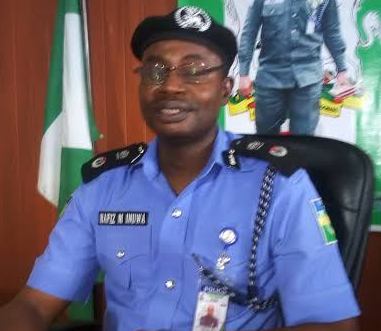 Reports of Killings between Abanwam and Orugbam Communities is false – Police

Cross River state Police Command has refuted reports of killings in a communal clash between Abanwam and Orugbam communities, in Biase Local government area of the state.

In a telephone interview with our correspondent on recently, the State Police Public Relations Officer, Irene Ugbo noted that although several houses were razed, added that no life was loss as only four persons were injured, “in the afternoon, we observed that some media houses were saying about 100 people died. That news is false. Actually it was four people that had severe injuries, but right now they are currently receiving treatment in the hospital”.

The PPRO who explained that the crisis started on Monday, assured that the area is calm as the state Commissioner of Police, Hafiz Inuwa had deployed both Conventional and Mobile policemen to the area to salvage the situation, “actually the crisis started since Monday, when it started the Commissioner of Police immediately sent our team of police men, that’s conventional police men to that area to make sure there’s peace. There was already peace when this morning we heard that they have started burning houses. So the Commissioner of Police now redeployed mobile police officers to salvage the situation. As at now, the area is calm. Our men are on ground, the area command Akamkpa that is in charge of that zone is on ground, a team of conventional police and mobile policemen are on ground, for now there’s no cause for alarm, the area is calm”.

Earlier on Tuesday, president Muhammadu Buhari had called for calm in the state following the communal crisis, as he enjoined all parties involved to settle their differences and live in peace. In a statement issued by the president’s Senior Special Assistant on Media and Publicity, Malam Garba Shehu, the president commended the Cross River State Government and the state police command for their swift response, in ensuring that peace and normalcy return to the area.