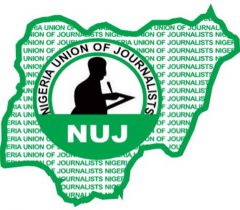 The incident happened around 2 o’clock in the morning as the robbers, numbering about 10, who started shooting sporadically and forcefully gained entrance into the compound.

The two journalists who are co-tenants narrated how the thieves entered the compound, saying immediately they gained entrance into the house, they forced them out of their rooms as they carried all their laptops and phones of about 7 occupants with an undisclosed amount of cash belonging to them.

The report also has it that the thieves also beat up some of the occupants but the two journalists were unharmed except for their laptops, phones and cash which were carted away.

Commenting on the incident, the Nasarawa State Commissioner of Police, Bola Longe, said the Police and other security agents in the state will fish out perpetrators as he also called on the public to always assist the Police by reporting any suspicious activity or persons around them.