In the build up to 2023 general elections in Nigeria with particular reference to Akwa Ibom State governorship, an astute legal practitioner, a teacher and Doctor of law from the University of Benin, Edo State, Barr. Aniefiok Etuk Andrew Okposin, Ph.D bared his mind in this regard. In an exclusive interview with Century Newsfront crew through social media platform, Dr. Okposin spoke on series of political and social issues including the implication of the debate in the National Assembly for president and State governors’ minimum qualification of HND, the issue of hate speech and its negative impact in the Nigeria politics and other issues. EXCERPTS:

CENTURY NEWSFRONT: Who is Andrew Okposin? 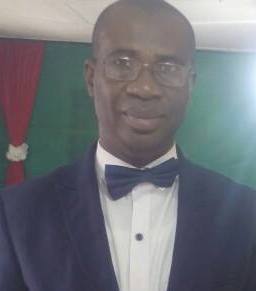 BARR. OKPOSIN, Ph.D: My name is Aniefiok Etuk Andrew Okposin, LL.M (Unical), LL.M (Uniben), Ph.D (Uniben) and BL (Lagos). I was called to the Nigerian Bar in December 1990. I started my legal practice in Benin, have a law firm, Andrew Okposin & Co., with Head office at No. 22, Dawson Road, Benin City, Edo State. I am presently, a lecturer in the Faculty of Law, University of Benin, Benin City, Edo State, Nigeria. I was born into the royal family of Okposin Etuk in Ikot Uso Ekong, Eket Local Government Area, Akwa Ibom State, I am married to Philomena Okposin and the marriage is blessed with one male and three females. I have not been involved in politics, as an electorate, though I have never sought for elective positions outside my professional and academic circles.

CENTURY NEWSFRONT: Recently, Nigerian lawmakers began a process for qualification for president and state governors at HND minimum. Why did it take Nigeria so long for such enactment?

BARR. OKPOSIN, Ph.D: The recent legislative process by the Nigerian lawmakers to peg minimum qualification for president and state governors at HND is a welcome development and is in tandem with international best practice. If you observed globally our President is among the least educated compared to that of most countries, United Kingdom, United States, France just to mention but a few: the United State of America, Donald Trump has a degree in Economics, the United Kingdom Prime Minister, Boris Johnson has a degree in Classics from Balliol College Oxford and France President, Emmanuel Macron studied Philosophy at Paris Nanterre University and also has a Master’s degree in Public Affairs from the ‘Ecolenationaled’administration in 2004. The quality and dividends of democracy from these countries cannot be compared to Nigeria, whose president WAEC result is shrouded in controversy. Policies, decisions and robust representation cannot be separated from deep knowledge, understanding and exposure. Don’t also forget that in the global world driven by information technology a president that is not educated adequately (HND minimum) will feel inferior competing with his peer that are highly cerebral in terms of education. Although this is coming rather late, but since our democracy is still evolving it is not too late to lay proper foundation for the future.

CENTURY NEWSFRONT: 2023 gubernatorial election in Akwa Ibom State is in top gear, what kind of person do you expect as governor (What are the qualities expected of the next Akwa Ibom State governor)?

BARR. OKPOSIN, Ph.D: The next Akwa Ibom Governor should have a minimum of university education, a grassroots politician, experienced in administration, law-making process, compassionate, visionary, a team player, God-fearing and humble with tract records of achievement where he/she is coming from.

CENTURY NEWSFRONT: As a legal luminary as long as 2023 elections are concerned, what are the implication of hate speech in the political sphere and how can we curb this?

BARR. OKPOSIN, Ph.D: Hate Speech does not have international legal definition and the characterization  of what is “hateful” is controversial and disputed. However, as Anthonio Guterres, United Nations Secretary-General puts it, hate speech is any kind of communication in speech, writing or behavior that attacks or uses pejorative or discriminatory language with reference to a person or a group on the basis of who they are, in other words, based on their religion, ethnicity, nationality, race, colour, descent, gender or other identity factor. Tackling hate speech is crucial to deepen progress across the country by helping to prevent armed conflict, atrocity crimes and terrorism, end violence against women and other serious violations of human rights, and promote peaceful, inclusive and just societies.

Hate speech, however, does not mean limiting or prohibiting freedom of speech. It means keeping hate speech from escalating into something more dangerous, particularly incitement to discrimination, hostility and violence, which is prohibited under international law.  I am not in support of hate speech bill as proposed by Honourable Aliyu Abdullahi which stipulates death sentence against anyone found guilty of spreading a falsehood that leads to death of another. The definition of what constitutes hate speech in the proposed bill is narrow and unclear and in the present form will be contrary to the Nigerian Constitution in respect of freedom of speech, association and the press, which is a fundamental human right. In my opinion, the way to curb hate speech in Nigeria is to ensure that politicians are guided by the manifestoes of their parties and engage strictly on issue-based campaign rather than character assassination.

CENTURY NEWSFRONT: You were spotted drumming support for Sen. Effiong Bob who has not even come out to tell us that he is interested in the game. Why?

BARR. OKPOSIN, Ph.D: Apart from individuals indicating interests in political positions, the electorate and constituents should also be involved in the process of selection of competent persons to represent them. It is in keeping with this that as a patriotic indigene of Akwa Ibom State after careful analysis, critical evaluation and prayer that I spotted Senator Effiong Bob as a man ‘whom the cap fits’. My reasons are: 1. He has the qualification, a law graduate and a legal practitioner per excellence called to the Nigerian Bar in 1984 2. A family man, married and a father of a state legislator, Otobong Bob 3. A businessman- Chairman of Leenford Group of Companies 4. Akwa Ibom indigene from Ikot Ekwere, Ubium, Nsit Ubium Local Government Area. Pioneer Secretary, Land Allocation Committee, Ikot Ekpene-1979 to 1980 5. Partner, G.A. Ikott & Co-Eket, 1985-1987 6. Councilor-Works & Transport- Nsit Ubium L.G.A., 1990 7. Member, Akwa Ibom State House of Assembly representing Nsit Ubium State Constituency, 1992-1993 8. Deputy Speaker Akwa Ibom State House of Assembly within the period 9. Executive Chairman of Nsit Ubium L.G.A. 1996-1997 10. Attorney General and Commissioner for Justice Akwa Ibom State- 1999-2002 11. Director, Anchor Insurance Coy. Ltd. 12. Director, Akwa Ibom Savings and Loans Limited 13. A two-term Senator 2003-2007 14. Pro-Chancellor, University of Benin, 2013-2017.

CENTURY NEWSFRONT: If by your opinion Sen. Effiong Bob should come out to contest, aside your personal benefit from Sen. Effiong Bob, what are some outstanding achievements and antecedents that you think Akwa Ibom people will support him?

BARR. OKPOSIN, Ph.D: These are the antecedents of the man I am drumming support for, not just that I benefited from him, he singularly employed over 200 people from Akwa Ibom State and other states indigenes during his tenure as the Pro-Chancellor of the University of Benin. He believes in youth employment. These aside, his achievements as a two-time Senator endeared him to me and of course, all Akwa Ibomites some of which include: 1. He sponsored bills on the amendment to the Energy Commission Act, Public Officers (Review Cases) Panel, Fire Service (Inspection on Building), an Act to prohibit Trading in Federal Highways in Nigeria and an Act to prohibit Touting in Public places 2. He was Chairman- Committee on Senate Services, Finance, Culture and Tourism, Power & Steel and Local and Foreign Debts 3. Chairman- Ad Hoc Committee on investigation illegal withdrawals from Excess Crude Fund without authorization from the National Assembly. Member delegation on the signing of the final exit of the Paris Club in Paris, France 5. Member Committee on Appropriation, Air Force, Communication, Education, Privatization, Establishment and Public Services, Foreign Affairs, Christians Pilgrims Committee and Committee on Information 6. Member representing Nigeria on ECOWAS Parliament 7. Chairman of National Assembly Caucus Akwa Ibom State-comprising all the Senators and Members of House of Representatives from the State 8. Member of the South Caucus and Member of the South Senators Forum 9. An author of a book- Independence of the Legislature in Nigeria: Matters Arising.

CENTURY NEWSFRONT: For instance, if at the final analysis Sen. Effiong Bob accepts this call and the governor does not support while the entire state joins this clarion call. What are his chances of winning?

BARR. OKPOSIN, Ph.D: The Governor of Akwa Ibom has enjoyed the full support of Senator Effiong Bob even during the critical moment during the second term re-election, I believe, he will reciprocate, now that it is the turn of Uyo Senatorial District if we go by the unwritten law of rotation that has prevailed in the State since 1999.  Governor support aside, the credentials of this man stands him tall among all other aspirants and I, appeal to the People of Akwa Ibom to choose right and go for Senator Effiong Bob.

CENTURY NEWSFRONT: Thank you for your time.