Breaking News
Home / Breaking News / No Matter Your Antics, You ‘re Not Coming Back As Governor – Khadijat To Gov Bello 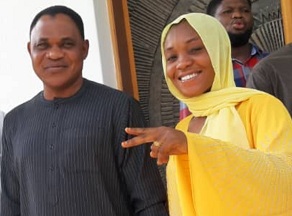 No Matter Your Antics, You ‘re Not Coming Back As Governor – Khadijat To Gov Bello

As battle for control of the top seat in Kogi State reaches its peak, a chieftain of the Peoples Democratic Party, PDP in the state, Hajia Nana Khadijat Yahaya has taken a swipe at Governor Bello Yahaya for playing to the gallery over his pardoning of prisoners during the Independent Day Celebration.

It could be recalled that Governor Yahaya used his powers under the prerogative of mercy to pardon some inmates from the prisons in the confluence state during the independent day celebration, but the move was roundly castigated by Hajia Khadijat as a political gimmick which was meant to gain sympathy from the people of Kogi state ahead the November governorship poll in that state.

The PDP stalwart said that the move by Bello was akin to the last kick of a dying horse, stating that no matter what, the governor is going to be kicked out by the electorate come November 16, 2019.

According her, the Governor was a mistake that should not be allowed a second chance lest the damage would be too much, “I learnt that the Governor granted amnesty to some prisoners in Kogi and to that end, he made a whole lot of noise about it. I wish to state categorically that Governor Bello’s release of these prisoners won’t boost his chances of reelection; It is the last kick of a dying horse. While thanking him for such kind gesture, we shall still kick him out by November 16”, she added.

Hajia Khadijat also insisted the Governor to pay Kogi state workers all the salaries he owed them and to tender public apologies to the workers, “I want to use this medium to call on the Governor to please use the remaining days of his government to pay our workers their salaries before his ejection from the Government House in Lokoja”.

She further enjoined the citizens of the state to troop out massively and vote the candidate of the PDP in the coming election, ‘I hereby call on Kogi people at home and in the Diaspora to rise is support and make themselves ready to vote Engr. Musa Wada, the PDP Governor candidate who is a tested and trusted leader. This is a man who has the people of the state at heart, humble in disposition, humane in character and compassionate in its entirety. We will never regret voting Musa Wada into power”.

2019-10-05
admin
Previous: German Firm to End industrial Power Challenge in Nigeria
Next: Attributes, Values and Skills of a leader 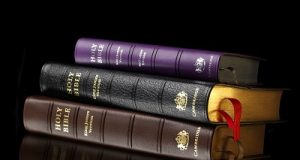 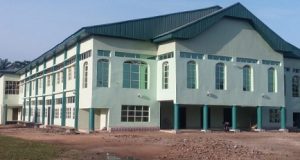