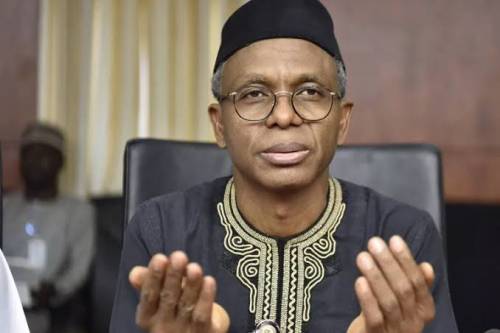 The Christian Association of Nigeria in Kaduna State has declared a non-denominational prayer and fasting rally to seek God’s intervention on the incessant attacks by gunmen in some communities in the southern part of the state.

Speaking during the prayer session held at ECWA Church in the Kaduna State capital on Sunday, the state CAN Chairman, Reverend Joseph Hayab and the state Chairman of Peoples Democratic Party, Hassan Hyet, both faulted the government and security agencies for not doing enough to stop the killing of Christians in Southern Kaduna.

The CAN Chairman specifically asked the presidency to stop being the mouthpiece of the bandits going by its recent statement on the southern Kaduna killings, even as he described the attacks on mostly Christians communities as ethnic cleansing.

But the Commander of Operation Safe Haven which is involved in the ongoing security operations in southern Kaduna and Plateau State, Major General Chukwuemeka Okonkwo, says the attacks are pure reprisals and counter reprisals carried out by the Fulani communities and Southern Kaduna natives, and therefore, has no ethnic agenda.

He, however, added that enough is being done by security agencies to bring lasting peace to Southern Kaduna, while he also called on both parties to sheath their swords.