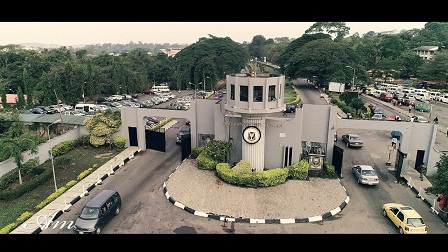 Indigenes of Ibadan, the Oyo State capital, on Sunday kicked against what they termed as marginalization in the appointment of the Vice-Chancellor of University of Ibadan. The indigenes called on President Muhammadu Buhari and other stakeholders in the country to ensure that the next Vice-Chancellor of the institution which is due to succeed the incumbent Vice-Chancellor on December 1st 2020 comes from Ibadan.

DAILY POST gathered that the University of Ibadan which was established in 1948 has not produced Ibadan indigene as its Vice-Chancellor since its inception 72 years ago.

But, the Central Council of Ibadan Indigenes (CCII), the umbrella body of Ibadan indigenes while addressing a press conference on Sunday, said that it was unfortunate that the indigenes of the ancient city who are qualified for the position of Vice-Chancellor have been marginalized since the inception of the university.

CCII President General, Chief Adeyemi Soladoye, who addressed journalists at Ibadan House, said that the indigenes wished to draw the attention of the Federal Government of Nigeria and Nigerians to the fact that “this neglect is not for the absence of qualified Ibadan indigenes within the U.I system or in the academic circle of Nigeria to occupy the coveted seat of the Vice-Chancellor of the U.I.”

Soladoye said, “The University of Ibadan established in 1948, sits on 2,550 Acres of land, released to the institution for 999 years by our fathers with a “Thank You” handshake, One Guinea (£1.1s) and a bottle of Schnapp. By this year, the University of Ibadan is 72 years old and has produced 14 Nigerian Vice-Chancellors between 1960 and today but inexcusably, no Ibadanman has ever emerged as the Vice-Chancellor of the University. Out of the 14 serving and former Nigerian Vice-Chancellors of the University, (including Acting), Ten (10) are of Yoruba descent -7 Ijesha (Osun State), 2 Ijebu (Ogun State) and 1 Offa (Kwara State). The other four (4) from Prof. Kenneth Dike to Prof. Tekena Tamuno were from non-Yoruba part of Nigeria.

“We wish to draw the attention of the Federal Government of Nigeria and Nigerians to the fact that this neglect is not for the absence of qualified Ibadan indigenes within the U.I system or in the academic circle of Nigeria to occupy the coveted seat of the Vice-Chancellor of the U.I.

“In the days of only one Deputy Vice-Chancellor in the top management cadre of U.I, Prof. Olusola Akinyele (an Ibadan Professor of Mathematics) was to take over from Prof. Ayo Banjo in 1991 but by a sudden twist of military and political fiat, the opportunity eluded Ibadanland. Prof. Akinyele’s frustration and disappointment reached such a depressing level that the erudite Professor relocated overseas and never came back since then. In 1995, Prof. Wole Akinboade of Veterinary Medicine, another Ibadan man contested and again, it was an opportunity lost. In nearby Obafemi Awolowo University Ile-Ife (OAU), Prof. Ayobami Salami, another Ibadan man and the Deputy Vice-Chancellor Academics (the No. 2 position in the OAU hierarchy) was a front runner in the race for the Vice-Chancellorship of OAU in 2017, but alas, it was again the ‘Akinyele treatment’. Thanks to the late Gov. Abiola Ajimobi who threw in a lifeline in appointing Prof. Ayobami Salami as the Vice-Chancellor of the state created Technical University which prevented another ‘Akinyele Experience’.

“Now, the tenure of the current amicable and friendly Vice-Chancellor of U.I. Prof. Abel Idowu Olayinka will expire in Three (3) Months time (Nov. 2020). On the race for his suitable replacement are some Ten (10) erudite Professors out of whom are these Four (4) sons of Ibadanland, presented in order of when we gave birth to them:- Professor Remi Raji-Oyelade, Former Dean, Faculty of Arts and current Member, University of Ibadan Governing Council, Professor Kayode Adebowale, current Deputy Vice-Chancellor Administration, Professor Emiola Olapade-Olaopa, the immediate Past Provost of the College of Medicine and Professor Kolapo Hamzat, Current Head of Dept. of Physiotherapy.

“It is important that we advise decision-makers in this race to be wary of Campus Political Jobbers as we hereby confirm that 1) all the four (4) candidates are bonafide Ibadan indigenes and 2) the Central Council of Ibadan Indigenes (CCII) or the Olubadan of Ibadanland has no anointed candidate out of the four (4) of them. Our singular goal is to see that the U.I Academic Community appoints that Ibadan man known to be best suited for the job with a view to taking the Institution to Harvard, Oxford or Cambridge level. In fact, we have some other eminently qualified Ibadan indigenes currently in Deputy Vice-Chancellorship positions who opted to defer their ambitions this time around solely to enable the University System throw-up the best Ibadan candidate in the current race”. 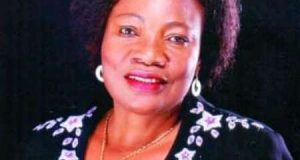